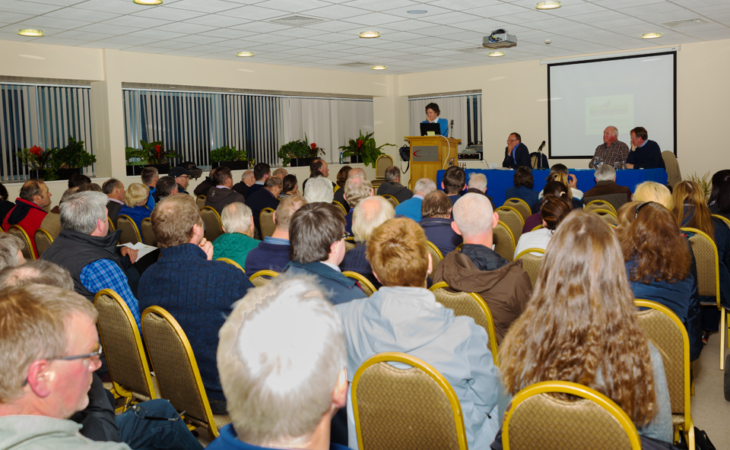 An open beef meeting is set to be held next week by South Tipperary branch of the Irish Farmers’ Association (IFA) to discuss the current situation of the beef industry – both from a dairy beef and suckler perspective.

The meeting will take place on Monday evening at 8:00pm in Cahir House Hotel, Cahir, with prominent representatives from the Irish Cattle Breeding Federation (ICBF), Bord Bia and the IFA Livestock Committee giving talks at the event.

Speaking ahead of the meeting, South Tipperary IFA chairwoman Erica O’Keeffe told AgriLand: “We’re having Angus Woods, the livestock chairman; Sean Coughlan from the ICBF; and we’re having Joe Burke from Bord Bia as well.”

The chairwoman added that John Coughlan, the IFA Munster chairman, will also be in attendance.

“The speakers will give a presentation each. The meeting is open to both IFA and non-IFA members.”

O’Keeffe encouraged farmers to attend the meeting, highlighting the importance of farmers knowing where things stand with the beef industry at present – particularly given the uncertainty brought about by Brexit.

The South Tipperary representative on the IFA’s National Livestock Committee, Denis Large, explained what the panel of speakers would be discussing.

“Sean Coughlan from ICBF will talk about the Dairy Beef Index, the suckler BDGP [Beef Data and Genomics Programme] and where the scheme is going.

“Joe Burke from Bord Bia will cover Brexit and European markets, where they are, and live exports.

“Angus Woods from IFA will cover CAP [Common Agricultural Policy] reform,” Large said, adding that the IFA Livestock chairman would also be discussing the current beef situation and the pressure beef farmers are under at present.

“As far as what we’re getting for beef, it’s not covering costs; it’s not giving us an income,” Large said.

The committee member highlighted that Basic Payment Scheme payments should be left where they are – particularly at this time.

My beef price is flat at best; my costs are increasing and my single farm payment is falling – so I’m being caught three ways.

Large added that, as well as falling payments, costs for farmers have gone through the roof this year.

He stressed that the open meeting will be of particular interest to both suckler farmers and dairy farmers looking to sell on calves for beef production.

On the latter he noted that ICBF CEO Sean Coughlan will be covering the dairy calf-to-beef situation and the levels of profitability in such enterprises.

Large said that the discussion will highlight how dairy farmers using more suitable bulls for such beef production and running better operations will obviously get better paid for them – but the days of farmers selling on bad animals and expecting beef farmers to buy and make do with them are finished.

“That’s not going to work,” he said, explaining that the talks would cover this topic well, both from the dairy farmer and beef farmer’s perspective.

From a suckler farmer point of view, Large said that now is the time to stand together and protect the national suckler herd, noting that meat from the suckler grade goes to completely different markets to the dairy-bred meat – markets that need to be protected.

The factories still want the suckler beef; they have a market for that in Europe. The beef of the dairy herd is not going to end up in Europe as steak and so forth.

Large concluded, noting: “It’s at 8:00pm; it’s not a busy time of the year. It would be of fair interest to those producing beef and calves that will end up as beef.” 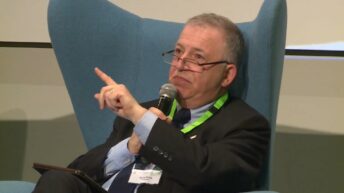 Boyle to discuss agri challenges of 2019 in Nenagh next week