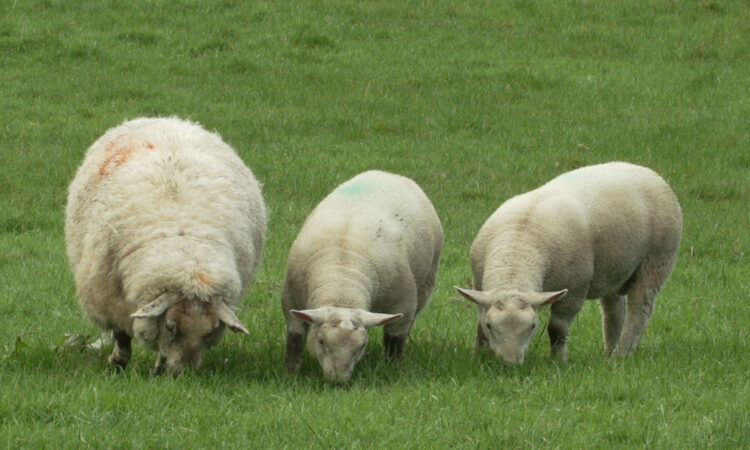 One of the principle roles of any living organism is to ensure the continuation of its own species. Blowflies are no different. After emerging, a female blowfly will mate almost immediately and look for a source of organic matter to lay her eggs.

These eggs usually hatch within 12 hours, in adequate environmental conditions, to form first stage maggots (larva). These maggots then develop into second stage maggots, who acquire mouthparts with a nice set of teeth.

It is these second stage maggots, along with their third stage bigger brothers and sisters, which create the typical lesions we see as blowfly strike. They create these lesions by literally eating the struck sheep alive.

In this part of the world the initiating culprit is usually the common green bottle (Lucillia sericata).

But why do blowflies lay eggs on sheep? Well, very simply the fleece acts as an incubator for the eggs and larva (maggots) to develop.

As we all know blowflies are usually not attracted to a sheep with a nice white clean fleece. They are attracted to a fleece that has been contaminated by organic matter, such as faecal staining in a lamb with scour or an oozing discharge from an existing wound.

This provides the organic matter these maggots need to feed on in the initial stages.

All sheep farmers will be aware that strike can occur very quickly, often within 24 hours. How is this possible? A single adult female blowfly can lay up to 300 eggs at a time (approximately 3,000 eggs throughout her 30 day lifespan)¹. Therefore, one single fly could produce 3,000 new flies.

If you then imagine that most strike cases will involve hundreds of female flies laying eggs on one single sheep, it is easy to see how very quickly thousands of maggots could be present in a 24 hour period, in a single case of strike.

So blowfly strike can cause¹:

As the saying goes “prevention is better than cure”. Preventing blowfly strike in sheep has never been easier. The CLiK™ family of products (CLiK, CLiK™ EXTRA and CLiKZiN™) contain the active ingredient Dicyclanil, known to be an insect growth regulator (Dicyclanil).

Don’t wait until you see cases of strike to intervene, because, as explained above, things can get out of control very quickly when it comes to blowfly reproduction.

About the CLiK family of products:

*Spreads to areas covered by fleece, other areas may not be protected, including the feet.