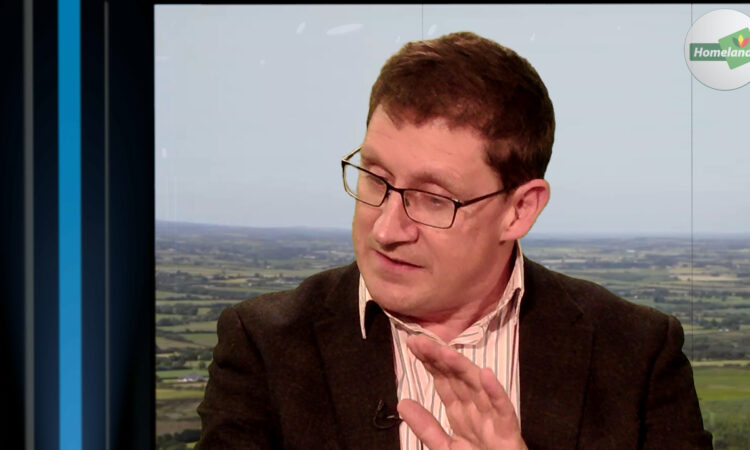 Biomass is “not a long-term, efficient or economic solution” to the generation of electricity at power plants in the midlands, Eamon Ryan, the leader of the Green Party has warned.

Last week, the semi-state company announced plans to completely stop harvesting peat by 2025 – five years ahead of its previously announced deadline of 2030.

The company has stated that peat volumes to ESB will decline by approximately 50% from December 2019, when its West Offaly Power Station (Shannonbridge) and Lough Ree Power Station (Lanesborough, Co. Longford) are no longer supported by the PSO subsidy and they must co–fire with biomass to continue to operate.

However, Ryan has frankly stated that this plan “is not viable”.

“I don’t think we should be using biomass in power generation at all.

“It is highly inefficient and there are real environmental risks – not just here at home and the difficulty we have seen with miscanthus and with willow – but also in the volume of wood that it would take.

If we were doing it through forestry plantations, we’d almost have to take our entire forestry system and feed it into a power plant where two thirds of the energy that goes up the chimney is waste heat.

“It’s not a long-term, efficient or even an economic solution to generating power,” Ryan claimed.

Earlier this year, BNM dropped its plan to develop a new €60 million biomass pellet plant in the state of Georgia in the US.

At the time the the company said it was confident that it had identified supplies of sustainable biomass capable of meeting demand from the three midlands power stations.

Referencing BNM’s previous interest in the US, Ryan reiterated that looking stateside would be unwise.

“Bord na Mona had been looking at going to Georgia in the states; they wanted to buy a wild forest and again I just think that’s not going to work.

“It’s huge energy use in shipping it backwards and forwards; but also the Americans are starting to cotton on that their native wild forest is being chopped down to feed the power stations of Europe and they are going to be up in arms about it,” he said.

However, Ryan did acknowledge that biomass could be used for certain “very specific” uses in heat – particularly in the food industry.

According to BNM the transition to peat-biomass co-fuelling is important from a national policy perspective, as it underpins national energy security and, it claims, the move will help Ireland to meet its binding renewable energy target for 2020.

Under the EU Renewable Energy Directive (2009) Ireland is committed to produce at least 16% of all energy consumed in the Republic from renewable sources by 2020.

The company has stated that the considerable increase in biomass volume will require imports to close the supply gap in the short to medium term.

However, Ryan claims that there are “real environmental concerns” when it comes to co-fueling peat and biomass.

Currently in Edenderry they are already mixing in pine kernals. From an environmental point of view and from a global perspective, those pine kernals are coming from Malaysia and Indonesia where there is huge concern about the change of land use to provide these biomass materials.

“We have alternatives that are far more economic in terms of generating power. There is a huge opportunity in the need to switch and create investment in Bord na Mona in renewable alternatives in other business enterprises that the company should lead on.

“Burning biomass to generate electricity is going to do real harm to our national image, not just on meeting the climate targets but increasingly we will be seen as environmental pariahs if we pursue an approach that is destroying nature rather that protecting it.

He believes Bord na Mona should centre its power generation efforts on grid connection via wind and solar farms.

I don’t believe that the power plants have a future, unfortunately.

“We have to make sure that there is employment and that the company starts to thrive and that the midlands start to thrive; but doing it on the back of maintaining inefficient, expensive and unsustainable power plants isn’t the way to go,” he said.

Bord na Mona’s latest announcement is expected to result in the immediate fall-out of up to 150 jobs in the peat business ahead of harvest 2019 next March.