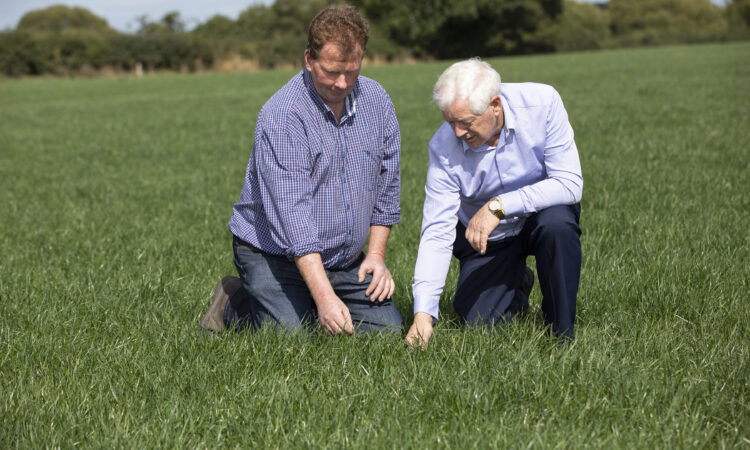 When deciding whether to use a urea or calcium ammonium nitrate (CAN) product, multiple factors should be taken into consideration such as economic, climatic and environmental.

Nationally, CAN sales are five times the volume of urea sales with national urea sales in the region of 115,000t; however, the importance of urea is increasing in recent years, especially for early grass production.

Urea is a perfect source of nitrogen (N) at this time of year with limited losses. On a per unit basis, urea is 20% cheaper than CAN and can provide significant savings.

Care is necessary when spreading urea as it is 80% the bulk density of other products like CAN and so will have a narrower bout width – it is wise to set the spreader correctly and do your tray tests.

Urea goes through three steps before being available to the plant. Firstly, the urea goes to ammonia by hydrolysis and undergoes a conversion to ammonium.

This ammonium is converted to nitrate via nitrite. Plants can utilise ammonium and nitrate but under normal Irish soil conditions, it converts to nitrate before grass uptake.

The reaction time for urea to be converted to ammonium depends on temperature and soil conditions, but typically reaction will begin to occur around 24 hours after initial application and will be complete within three-to-seven days – but this reaction time is slowest in cooler, waterlogged soils.

When urea is applied in unfavourable conditions to bare pastures or in windy conditions, research has shown it is subject to losses due to volatilisation. Therefore, it is critical to have rain forecast just after or during application to ensure good soil incorporation to reduce these losses.

It is best practice to spread urea with 7–10mm of rain forecast within the following two days. Urea undergoes hydrolysis after its incorporation within three-to-seven days. Urea is then converted to ammonia and this has to be nitrified to convert to nitrate before it can be utilised by the plant.

Depending on soil temperature, this can vary as you can see in the table below:

Conversion of ammonium to nitrate

Target Fertilisers have developed products that will slow down the conversion of urea to ammonium and thus reduce ammonia loss by 80%.

This comes in the form of an inhibitor called NBPT which is liquid coated onto the urea granule marketed as Targets “UREAMAX + S”.

Target Fertilisers is launching its #ThatsMyTarget campaign this week, where it will work with farmers to set their targets and goals for the year.