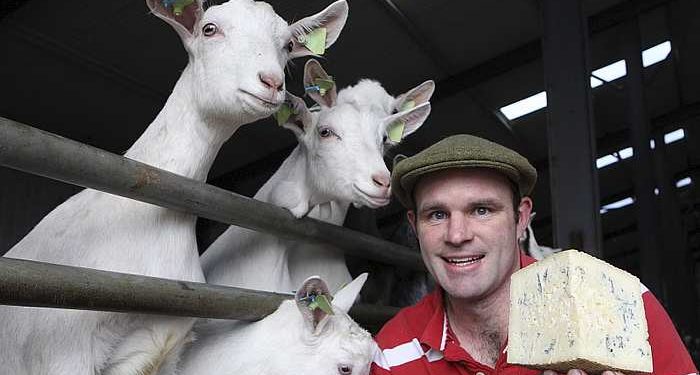 Volatile summer milk prices prompted Meath man Michael Finegan to diversify into cheese making. And the rate at which his Boyne Valley range is picking up awards has given him the confidence to expand the farm enterprise.

He and his wife, Jenny, moved to the 150ac Mullagha Farm, Rathkenny, Slane in 2007, taking over from his father. The farm is a mix of cattle, tillage and dairy goats, with the goat enterprise established in 2008.

“The idea came about a few years after we started producing milk for the co-op. The prices became volatile in the summer months and we thought it would be a good idea to have our own product to put milk into.

We did some research and found there was a gap in the market for blue goats cheese. I did a cheese making course in Teagasc Moorepark, and started the business in 2010.

“About 20% of our goat milk goes into cheese, and the rest goes to the co-op, which is Glenisk,” said Finegan.

Last year he built a new upgraded cheese-making facility on the farm. “This has allowed us to streamline the whole system, and make it more efficient. Cheese can now be made in less time, and handled easier.”

“The making process is guided by the recipe devised for our specific cheeses – heating and cooling the curds and whey at certain points to set temperatures, and stirring for different times at different stages,” said Finegan.

It took us a few months of trial and error to come up with a cheese we liked in taste and texture.

“Every batch made will be slightly different because of outside factors. These include the quality of forage the goats eat throughout the year. The lactation stage of the goats will change milk quality. The temperature inside and out of the facility, is another factor,” he said.

“At the moment, most of our cheese is supplied to Sheridan’s Cheese mongers, and La Rousse Foods in Ireland. We will also supply direct to some local restaurants and food shops. Some goes to the UK and Europe through Sheridans.”

This year, they have had great success in food awards. “In the Melton Moybray ‘Artisan Food Awards’ in the UK, we received ‘best-in-class’ and gold for our Boyne Valley Blue Cheese. We received a bronze for our Bán. In the British Cheese Awards, we got bronze for both. In Blas Na hEireann, we were a finalist for Boyne Valley Blue, with the results due at end of September.”

Jenny, who is a staff nurse in Drogheda, helps out in the business whenever she can. The couple have two daughters, aged five and two. There isn’t anyone currently employed in the farm enterprise, but the plan is to get some part-time help next year.

For those interested in doing something similar, Finegan’s advice is: “Be aware that there is a lot of paperwork and inspections when producing a food product on the farm. It takes a while to build up contacts and have enough orders coming in.

“Most importantly, find a product that will sell, i.e. that is different. It is very enjoyable when you get going. It is very satisfying to be using our own milk and turning it into an award-winning product that people will buy.” 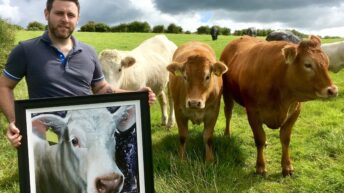