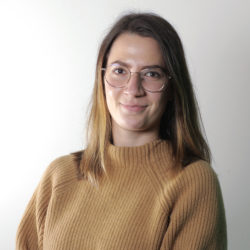 Rubina Freiberg graduated from Griffith College Dublin with an honours degree communications and media production. She has been awarded for Best Academic Achievement, and her previous work on food labelling was nominated for the European Commission Award at the National Student Media Awards 2020. She grew up in a rural village in south-west Germany before relocating to Dublin in 2018 to pursue a career in journalism. She previously gained experience in digital and print media while working at a German newspaper creating investigative and visual content.She was also previously involved as the sub-editor for the production of ONUS, an Irish Arts and Culture Magazine. A German native, Rubina has strong passion for food and its production.

Ethical Farming Ireland (EFI) has responded to “concerning” statements from MEP Billy Kelleher and the Irish Cattle and Sheep Farmers’...

The European Commission has launched a consultation this week (Tuesday, January 11) on the revision of state aid rules affecting...

Irish Cattle and Sheep Farmers’ Association (ICSA) president, Dermot Kelleher, has called on all Irish MEPs to “defeat” the proposals...

Farming for Nature (FFN) has welcomed Limerick dairy farmer, Thomas Stack, as new a ambassador to their network. Taking over...

The Cathaoirleach of the Oireachtas Agriculture Committee, Jackie Cahill has expressed his disappointment following a recently announced consultation for a...

MEP seeks to build majority ahead of vote on animal transport

Ahead of the European Parliament debate and vote on animal transport, the next two weeks are “crucial” to protect the...

The Rural Independent Group leader deputy Mattie McGrath has called on Minister for Agriculture, Food and the Marine Charlie McConalogue...

Minister for Agriculture, Food and the Marine, Charlie McConalogue, has spoken at the Oxford Farming Conference today (January 6, 2022)...

The Minister for Rural and Community Development, Heather Humphreys, has announced €21.5 million in funding for 27 landmark regeneration projects...

The latest figures on the EU agri-food trade show an increase of 6.1% reaching €239.5 billion worth of total exports...

A new report published by the EU Carbon-Connects and the EU Care-Peat project found that the restoration of peatland can...

ESB Networks is urging home owners and farmers to be cautious in the run up to Christmas and to “never...

Minister at the Department of Agriculture, Food and the Marine, Senator Pippa Hackett, yesterday launched the 33rd edition of the...

A new ‘vernacular heritage’ strategy that will help address the continuing loss of Irish building traditions and skills has been...