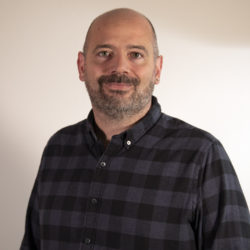 Mairtín de Barra has over 20 years' experience in the TV and film industries. He spent five years working for the BBC, making documentaries, short films for the One Show, and entertainment series. His work has been seen by tens of millions of viewers. He has also made programming for RTÉ and digital. Prior to this he directed and produced drama, and has an Emmy nomination to his name.

John Lord of Ratoath Garden centre, and Niall Mac Ciotir, author, take us through the significance of Holly in Ireland.

A tradition of rearing turkeys on Meath family farm

Paul Hogan of Hogan farms has an unusual method of farming turkeys for Christmas, keeping his family tradition of supplying...

Lely’s greatest satisfaction is knowing that you and your family can all enjoy Christmas together. Watch their short video where...

‘George Goes Dairy Farming’ series three is now back to your screens. This innovative, farm-focused series is proudly brought to...

Herdwatch allows farmers to spend less time on paperwork so they can spend more time on things that really matter...

Farmers are now looking seriously at the effects of slurry on soil health and future fertiliser bills, it as an...

David Drumm is a suckler, beef and tillage farmer based between Athboy and Delvin on the Meath-Westmeath border. He is...

The Espro range of seed drills from Kuhn was originally launched four years ago. After several upgrades the latest model...

The Irish Farmers’ Association (IFA’s) ‘Day of Rallies’ is continuing this afternoon (Friday, October 8), with farmers and IFA leaders...

The newly elected president of the Irish Natura and Hill Farmers’ Association, Vincent Roddy, spoke to Agriland just after is...

More funding needs to be provided for young farmers under the new Common Agricultural Policy (CAP), according to the Irish...

In this week’s Dairy Focus, Agriland made the trip to the ‘Rebel’ county to meet Seamus Ahern on his organic...

Austin Rothwell is a self confessed Ford fanatic, especially those models with six cylinders under the bonnet. There were plenty...

In this week’s Dairy Focus, Agriland made the trip to Co. Waterford to meet Maighréad Barron on her Clonea Power...

Non stop round baling has been a dream of many for years. It is now a reality according to Kverneland,...

Tanco has quietly launched a set of triple mowers that fold along a trailed frame for transport, rather than upright...

Harvesting gluten free oats for Glanbia with Claas and Valtra

Agriland visited an oat-harvesting operation in Co. Laois where Jeremy O’Toole from Tullow, Co. Carlow demonstrates the work he has...

Cashel Mart in Co. Tipperary is set to host a ‘virtual sale’ of High Economic Breeding Index (EBI) weanling and...