Antibiotics: It’s not zero-use that we should be aiming for 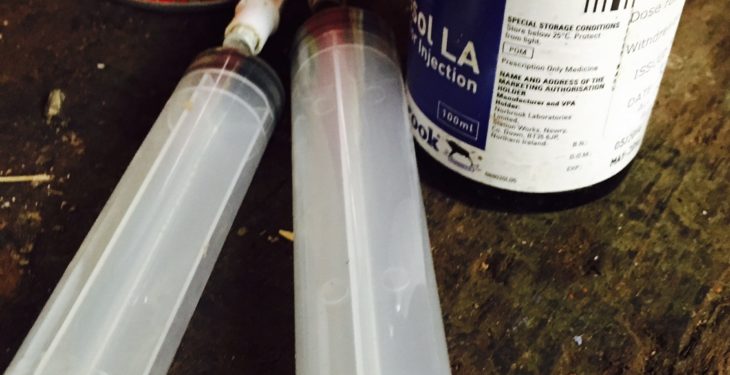 Experts warn that agriculture is unlikely to ever be able to move completely away from antibiotics use, despite mounting consumer pressure to change its approach to drugs.

Several of the speakers at AB Vista’s Progressive Pig Producers event in Co. Armagh conversely agreed that a total ban on antibiotic use could instead be potentially damaging to animal welfare.

Asked by a member of the audience if the industry would ever achieve complete antibiotic freedom, Georgina Crayford, senior policy advisor at the National Pig Association (NPA), said standard production is required to allow antibiotic-free production to be viable.

However, she added that more could be done to reduce preventative antibiotic use in the sector.

Crayford is one of the UK’s leading experts on antibiotic use in the pork sector.

She studied the issue as part of her Nuffield scholarship, travelling to countries including Australia, Canada, Finland and Denmark to explore the international approach to antibiotics in farming, and has also helped pen a strategy for a radical reduction in antibiotic use in the UK pig industry.

She said: “I think everybody is trying to find their place within this and how best to support producers with the antibiotics challenge; but it certainly isn’t easy.

If you think about behaviour change – and that’s really what this comes down to – try going home and sleeping on the other side of the bed tonight. It just doesn’t work. I think change is hard and I think that’s the hardest part of this.

“I think if you can address the majority that will be a decent enough reduction, but it’s about identifying who those high users of antibiotics are and giving them the right support.

“It’s not about coming along with a big stick saying: ‘You must reduce’ – it’s got to be a little bit of carrot and an element of stick as well.

“I think peer-to-peer learning is really important so just showing case studies of farmers who have successfully reduced antibiotics will give those who aren’t doing anything the inspiration to try something.”

‘That isn’t the direction we should be heading’

She added: “The aim – in my opinion – should not be zero antibiotic use; that isn’t the direction we should be heading. Somebody pointed out about using antibiotic-free labelling as a marketing tool, but essentially it only works if you have standard production alongside it.

“It’s a challenge and I don’t think we will ever see a situation where we have zero antibiotic use in all animal production.

“It will come down to which consumers are willing to pay more for it, and which will go with standard – but at least in the standard production, can we get to a point where it is very minimal use.”

He added: The point is about welfare and we can’t not treat an animal if its sick – that’s for sure. What I assume that we are all trying to do is reduce the amount of prophylactic antibiotics so its not a regular treatment.

“But a sick animal is not properly treated and all you are doing is killing it – is that actually really good to imagine, that every animal who is sick is removed from the food chain because it’s sick. We need to be sensible.”