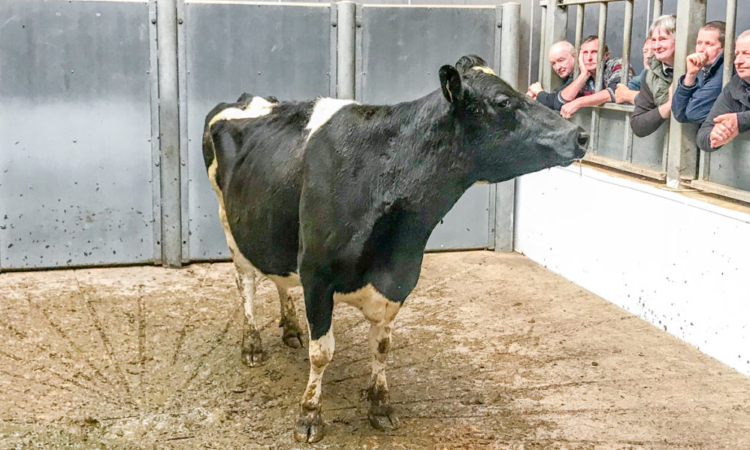 Reduced grass growth rates and a shortage of feed on many farms – caused by this summer’s drought – forced some farmers into culling cows earlier than desired.

Although the rumour mill suggested that individual dairy farmers were culling cows in the hundreds, the facts really need to be looked at before such conclusions are jumped to.

When it comes to getting a firm understanding of how the summer’s drought actually impacted on cow slaughterings, we need to look at the most-reputable source of facts at our disposal – the Department of Agriculture’s beef kill database.

From the information freely available, we can clearly see that some 35,049 cows were slaughtered during the month of July 2018 (July 2 to July 29 inclusive). During the corresponding period in 2017, cow slaughterings stood at 29,713 head; the differential between the two comes to 5,336 head or 17.96%.

However, a 17.96% increase in cow slaughterings tells us very little about where these cows actually originated; were they from the beef or dairy herd?

The most accurate way of assessing this information is by looking at the carcass grades produced from the animals upon slaughter. Although there will be outliers, as some dairy cows will come into the higher grade categories and other beef cows will have poorer conformation, it’s the best tool currently at our disposal.

For the purpose of this analysis, we’ll first assess how cows graded during July of this year and the corresponding period in 2017. As the combined total of E and U-grade cows represented just 1.94% and 1.77% of the grade-reported cow kill over these respective periods, we’ll leave them to one side.

Focusing on R-grade cows first – the majority of which originated from the suckler herd – official figures show that 3,165 of these were slaughtered this July – down 208 head on the corresponding period in 2017.

O-grade cow throughput also dropped during July. In July 2017, just over 9,560 O-grade cows were slaughtered in approved plants, while that figure stood at 9,106 last month.

However, when it comes to P-grade cows – the lion’s share of which originated from the dairy herd – there was a marked increase this July compared to last July; it climbed by 4,844 head.

Another area of interest is the condition of these cows at slaughter, which is detailed in the table below. The changes witnessed in the R and O-grade categories can be largely attributed to throughput changes, but the P-grade category warrants further study.

In addition, more P2 cows were slaughtered this July, while the percentage of P3, P4 and P5 cows all dropped. This data does in fact illustrate that some dairy farmers opted to cull cows earlier, but it falls a long way short of the reports that were circulating through the grape vine over recent weeks.

To put the additional throughput of P-grade cows into context, what we’ve witnessed isn’t the colossal increase in dairy cow culling that’s widely been rumoured; an additional 4,844 P-grade cows were slaughtered during the month of July, 2018 – not even a third of a cow for every dairy farmer operating in the country.

Over the course of the month in question, beef processors were accused of being opportunistic in relation to beef pricing. In some cases, this criticism was warranted, as some buyers paid as little as 131c/kg for under-fleshed P-grade cows.

A quick analysis of the data collected by the department does in fact show that cow prices were down considerably this July when compared to the corresponding period in 2017.

Firstly, to look at base cow returns, official figures show that base cows averaged 345.7c/kg over the course of July 2018 – down 13.8c/kg on the corresponding period in 2017.

Price reductions were also witnessed in the P and O-grade categories, with O3 returns falling by 15.3c/kg and P3 returns back by 21.4c/kg as opposed to the same time in 2017.

From the above, it’s clear that we have witnessed an increase in dairy cow slaughterings during the month of July; although it’s not as severe as the rumour mill may lead you to believe.

Before dairy farmers are made ‘enemy number one’, it’s worth remembering that the challenges posed by the summer of 2018 have been unprecedented.

Some farmers have been quick to cast criticism and, at this stage, high stocking rates have been chastised to death as the cause of the problem, when in fact it was simply down to a lack of rain. Remember, highly and lowly-stocked farmers in the worst-affected areas were all hit.

The next time you hear one of these rumours circulating, don’t spread it; ring the farmer in question to see is everything OK. No dairy farmer makes the decision of sending cows to slaughter lightly. But to make the matter worse, they’re being kicked when they are down. How would you feel if the shoe was on the other foot?