Is this the new easy way to check fertiliser spread patterns? 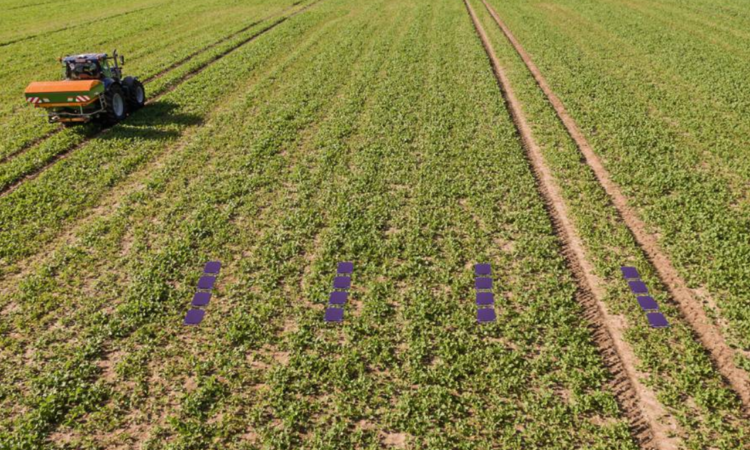 Testing fertiliser spread patterns can be an arduous chore for many farmers, but it is essential for accuracy.

Amazone has made the job a little bit easier by using EasyCheck, which combines an app on your smart-phone and a set of rubber mats, as opposed to the traditional trays.

The EasyCheck digital mobile test kit became available in spring 2018. The mats were on display at Amatechnica, when AgriLand visited last week.

16 rubber mats (pictured below) are placed in four rows across the field, at certain distances from the tramline, similar to how they look in the main (featured) picture of this article (above). 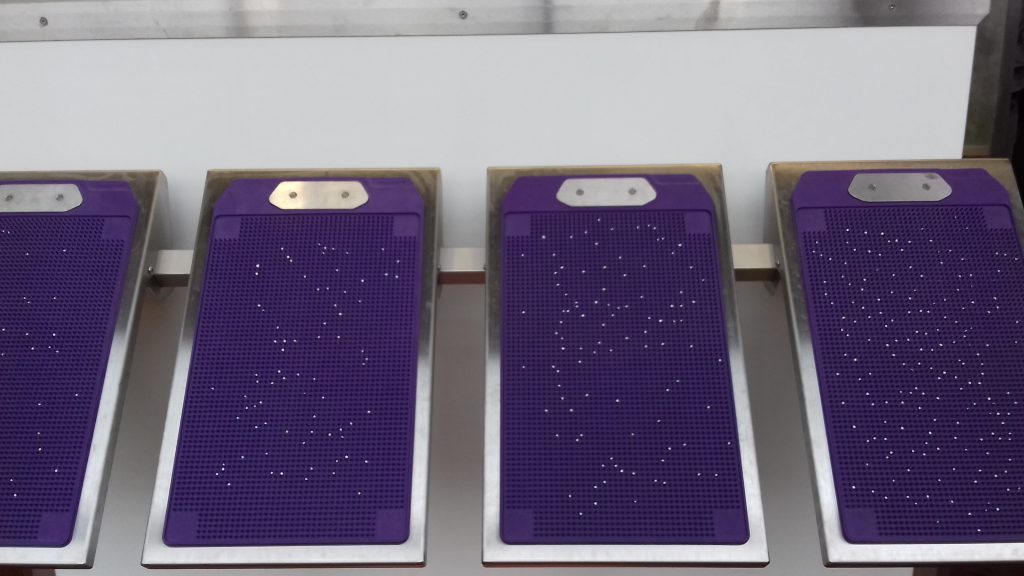 Once the fertiliser is spread, the operator can take a picture of the mats on their smartphone. The app is able to compare the amount of fertiliser on each mat and creates a ratio for each line of mats. This allows the spread pattern to be analysed.

In cases where the spread pattern is incorrect or uneven, the app will suggest adjustments to be made to the fertiliser spreader. Changes may be made to the disc speed; the delivery system; or the position of the spreading vanes, depending on the spreader.

The mats are described as being “easy to transport in the tractor or on the spreader”. One person can carry all 16 mats at one time and they can be placed in the correct pattern in minutes.

Photos can also be taken in a short space of time. However, users should ensure they have the correct camera quality on their smart-phone.

The mats provide a “very handy way of testing the spread pattern, compared to the large plastic trays that are traditionally used [pictured below]”. 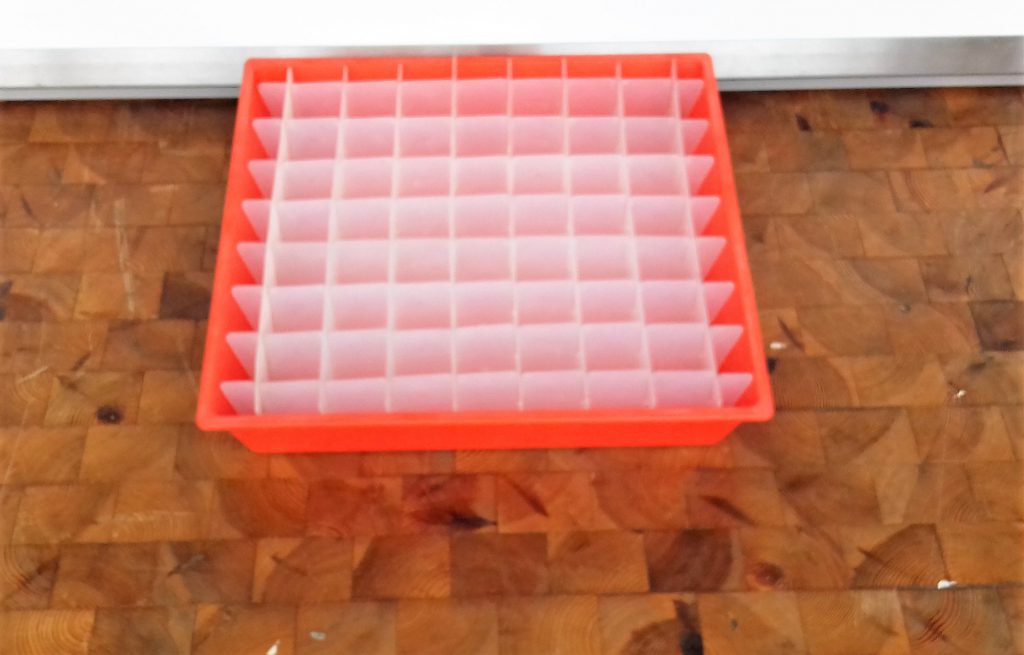 EasyCheck was first introduced by Amazone in 2015. However, the rubber mats at the initial launch were black and were not suited to all fertiliser types, especially dark-coloured fertiliser.

The purple colour of the mats – at present – is suitable for both light and dark fertilisers. 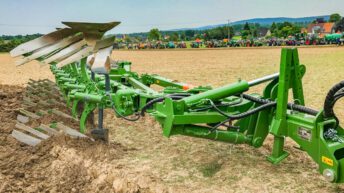