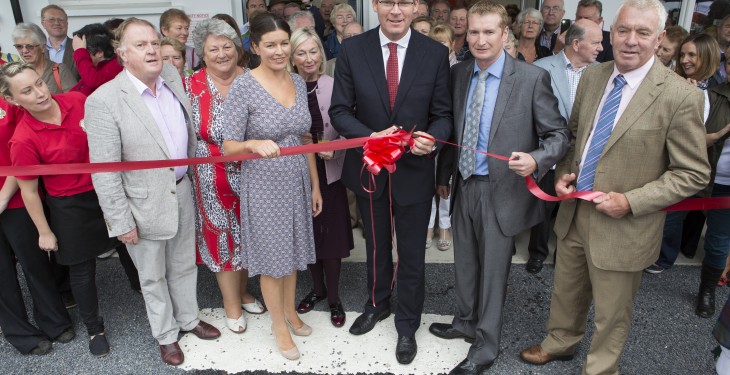 Situated overlooking Whiting Bay and this family-run farm is owned by Denis and Bridget Collins.  Both Denis and Bridget are keen animal lovers and the farm combines their strong business backgrounds with their love of animals and the great outdoors.

Speaking to AgriLand earlier this week, Bridget said: “We opened just three months ago and we have had a great summer. We are very happy with it. The official opening is this Friday and Agriculture Minister Simon Coveney TD will be down. We also plan to get the farm blessed by the local priest. It’s all very exciting,.”

The idea for Ardmore Farm came from a visit a few years back to Dublin Zoo. “We were in Dublin Zoo and there was such a crowd at the mini-farm area that it inspired us to open such as facility in Ardmore, we saw an opportunity there.”

Denis’s father Dick Collins is a founder member, a past president of the Agricultural Consultants Association and director of Farm Business Advisers in Fermoy. Denis is an agronomist/valuer and managing director at Farm Business Advisers.  He is also a partner in the auctioneering firm Collins O’Meara Auctioneers where Bridget is the office manager.

The Ardmore Farm attraction is unique to the area as it will provide both indoor and outdoor activities. Minister Coveney was in attendance to enjoy the celebrations.