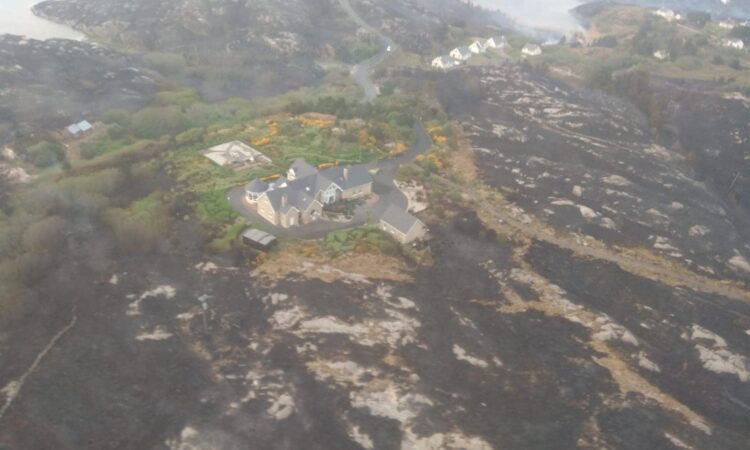 The Air Corps was called in to assist local authorities in tackling a wildfire in Co. Donegal yesterday, Monday, April 22, in what was a hectic weekend for the air defence unit.

The blaze broke out in the Annagry/ Belcruit and Loughanure areas, with Donegal County Council Fire Service spending much of the day attempting to quench the flames.

Breaking out out at approximately 6:00am yesterday morning at Annagry in west Donegal, some 15 fire appliances from 12 brigade areas were deployed, according to Donegal County Council.

Meanwhile, over the course of the bank holiday weekend, the No. 3 Operations Wing was involved in a broad range of operations in aid to the state, according to the Air Corps.

An AW139 was deployed to Donegal in the fire-fighting role, and dropped 42,500L of water to battle the fire.

Concurrently another AW139 was deployed in the Emergency Aeromedical Service role, and responded to 11 emergency calls over the bank holiday period.

All the while a H135 helicopter was on call for the Garda Air Support Unit, the Air Corps added.

Donegal County Council has appealed to landowners and members of the public to exercise caution and to take all necessary measures to prevent the occurrence of wildfires involving material such as gorse, heather and similar.

Land owners and members of the public are urged to be vigilant and to report any uncontrolled or unattended fires immediately to the Fire Service by dialling 999 or 112.

The council also urged landowners and members of the public not to engage in activities that could cause wildfires.

House holders or building owners in areas susceptible to wildfire are advised to remove or cut back any vegetation in the immediate vicinity of their house, building or oil tank to prevent wildfires damaging or destroying their property.

Landowners and members of the public were reminded by the council that, under the Wildlife Act 1976 and the Wildlife (Amendment) Act 2000, it is an offence to cut, grub, burn or otherwise destroy any vegetation growing on any land not then cultivated between March 1 and August 31 in any year. 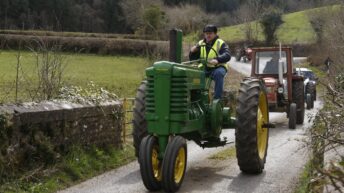