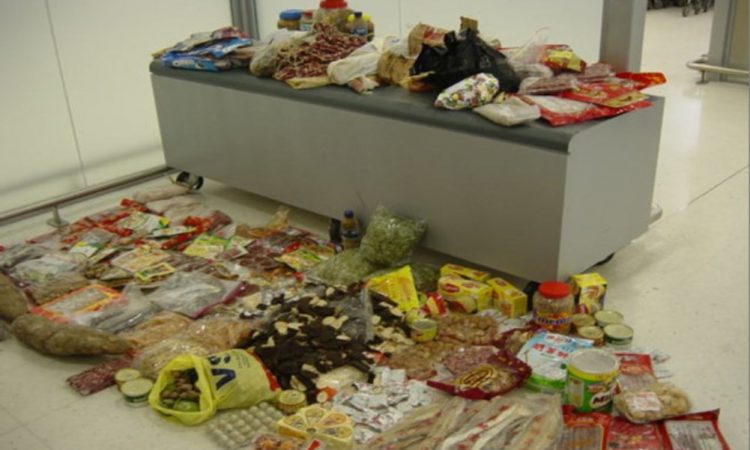 Holidaymakers have been warned to not bring home edible souvenirs after department officials in Northern Ireland revealed they have already stopped pork which carried traces of the deadly pig disease African swine fever (ASF).

The disease entered the Czech Republic in a similar fashion, where it was transmitted to the wild boar population.

More than 300kg of illegal meat and dairy products, detected in passenger luggage, has been seized by Northern Ireland’s Department of Agriculture, Environment and Rural Affairs (DAERA) portal officials at Northern Ireland’s airports during June 2019.

A sample of these seizures was tested at the Agri-Food and Biosciences Institute (AFBI) resulting in the detection of ASF DNA fragments.

While this type of discovery in itself does not pose a significant threat to the animal health status of Northern Ireland or affect the region’s disease-free status from ASF, it does reinforce the importance of the controls on personal imports of meat and dairy products enforced by DAERA officials.

Chief veterinary officer Dr. Robert J Huey cautioned that it is illegal to bring particular food and plant products back into the country to avoid the risks of importing animal or plant disease.

The greatest risk is to our agri-food industry and our environment, as any introduction of pests, diseases and non-native species can have a potentially devastating impact.

“Ecosystems can be disrupted with significant knock-on effects on agriculture and the local economy.

“Imports of meat or meat products, milk and other dairy products are banned from most countries outside the EU.

“There are also strict controls on animal products that can be brought in from the EU. It is always advisable to check the rules before travel and refrain from bringing back animal products or plants that might be carrying pests or disease.

“Illegal products will be seized and destroyed. Furthermore, anyone detected in possession of prohibited items risks prosecution and a fine. So please do not bring any of these products back to Northern Ireland.”

What could the impact be?

Diseases such as foot-and-mouth cause serious economic impacts and can be brought into Northern Ireland via infected products of animal origin.

Animal-related products may also pose a risk to human health from diseases, residues or contaminants. Such diseases and pests can have a disastrous effect on livestock, crops or the environment.

There is currently a specific concern over the spread of ASF, which is largely attributed to pigs consuming contaminated pork or pork products.

While there is no human health risk from this disease, it is easily transmitted in pork products. If ASF were to enter Northern Ireland, it could have devastating effects, all exports of relevant agri-food products would be severely restricted, damaging the Northern Ireland economy and putting local jobs at risk.

Meat and dairy products should not be brought into Northern Ireland in a passenger’s luggage; such items may be seized by Portal Inspection Branch staff at local ports and airports.

DAERA maintains an inspection presence at all of Northern Ireland’s main ports and airports. 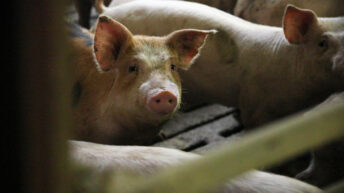