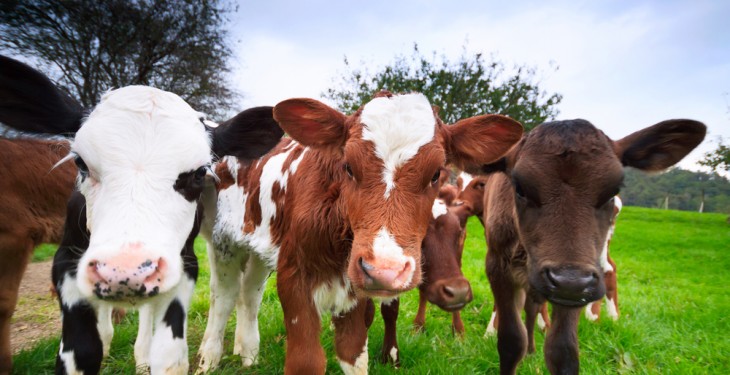 The Tallon family milks 450 cows near Duleek in Co Meath. Recent years have seen the business expand significantly, with a more than doubling in cow numbers achieved over the past decade.

“Since then we have operated a policy of keeping most of the heifers born on the farm, simply to allow us meet our numbers’ target. But even back then I realised that our calf feeding and rearing practises were not fit for purpose.

“Krypto was an issue, our colostrum calf feeding practises were not up to scratch and, generally speaking, calves were not growing as well as expected. All of this had a severe knock on effect regarding the age at which we were calving our heifers. The target was, and still is, 24 months: the reality was that we were not meeting this objective at all. ”

Niall continued: “At that stage we asked Joe Murphy from Bonamza Calf Nutrition to advise on how best we could improve our calf rearing practises.

Joe, who was a recent visitor to the Tallon farm, takes up the story: “Lack of consistency in the way the calves were being reared was the first thing that struck me,” he stressed.

“Everyone working on the farm was busy milking cows and managing the older stock. As a consequence, the calves were being fed at different time of the day and there wasn’t scope in the system to actually dedicate quality time to the rearing of these animals.”

Joe then proposed a management system based around the feeding of cows’ milk, supplemented with Shine Once A Day replacer.

“This ensured that the calves received all the dairy-based nutrition they needed in one single, daily feed,” he continued.

“This also provided the scope to ensure that the calves were fed at the same time each day.”

“Using cows’ milk had always been an attractive option for us because of the quota situation. To facilitate this further, we purchased a pasteurising unit in 2010 through which all the milk destined for the heifer calves is passed. This ensured that the disease threat posed by feeding cows’ milk is drastically reduced.”

The Shine range is marketed by John Thompson and Sons, who also supply the calf feeds used on the Tallon farm. Thompson’s Douglas Shekleton accompanied Joe Murphy on his most recent visit to the farm.

“A key benefit of opting for once a day feeding is the fact that it encourages the calves to eat more meal,” Douglas confirmed.

“Niall Tallon weans calves at 55 days, by which time they are eating up to three kilos of meal on daily basis. This is clear proof of the advantages such an approach can bring. A key proviso, however, is that the calves must have access to clean, fresh water at all times.”

Niall Tallon is quick to confirm that the adoption of the once-a-day rearing practises has served to reduce calf mortality levels on the farm.

“The figure is currently around 3%,” he explained.

“But that’s only part of the story. By giving calves such a good start, we are able to meet our 24 month calving targets for heifers with a fair degree of comfort. The first calves that went through the new system are now second calvers and performing extremely well within the herd.”

Niall concluded: “The reduction in mortality levels also means that we have surplus calved heifers to sell. They represent an additional income stream for the farm. So, seeing really is believing!”