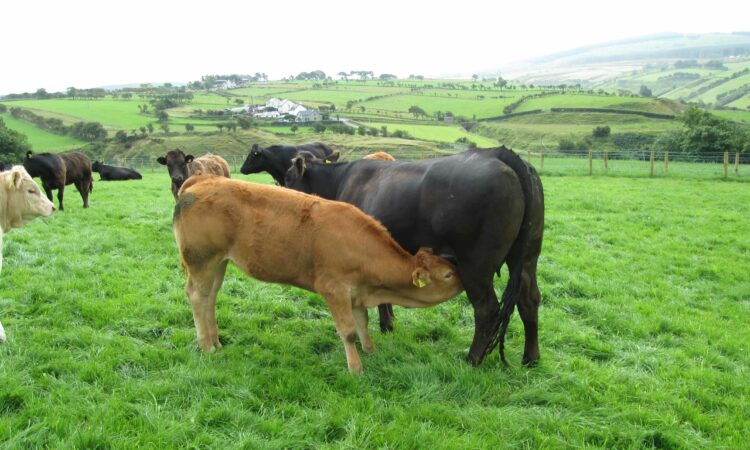 Work is being done with the Irish suckler herd towards achieving the “holy grail” of beef farming – simultaneously addressing problems in both profitability and carbon emissions through sector schemes, according to the Irish Cattle Breeding Federation (ICBF).

Speaking at the launch of the Beef Environmental Efficiency Pilot (BEEP) yesterday, chairman of the ICBF Sean Coughlan highlighted how initiatives such as the Beef Data and Genomics Programme (BDGP) and the €urostars system are working to achieving this “win-win” scenario.

Since 2014, Coughlan noted that the replacement index in the €urostars has risen significantly, with the impact of this there to see on the ground – specifically calves on the ground.

One of the things from an environmental point of view and a profitability point of view that impacts quite significantly is the percentage of heifers that are calving in that 24-month period.

Coughlan noted that this has increased from 17% in 2014 up to 23% in 2018, though he noted that there is still plenty of room for improvement.

There has also been a 10-day improvement in calving intervals, he added

“In the context of 10 days, you’d say not that big a deal – but ultimately, we’ve one million suckler cows; that’s 10 million days less that cows are unproductive.”

The chairman said that a criticism of the scheme has been that, while the focus has been on improving female traits, the quality of the suckler herd and suckler beef is being ruined.

Responding to this he said: “It’s not actually there in the stats – and we’ve seen that right the way through.

“Carcass rates have actually continued to increase; they haven’t increased dramatically but the main thing you want to do is you don’t want the carcass weights to go down while you’re improving the maternal traits.

We’ve actually managed to keep the carcass weights rising slightly so that they’ve gone from 380kg to 388kg. But also, very significantly, the days to slaughter have reduced quite significantly.

“And again if you take that across the steers, there’d be 250,000, but if you take that we’re slaughtering 800,000 animals a year from the suckler herd, or something to that order, times 34 days, you’re looking at 25 million days less that the animals are actually out there eating and belching.

“And again the carcass confirmation grade has stayed constant.”

Coughlan also said that farmers are responding positively to technologies such as the €urostars and the agri-beef genomics.

“Over the next 15 or so years. We’re currently running at about €5/year gain. That’s eminently feasible to double that. If we could double that over 15 years you’d have €150 gain in cow profitability.

“But significantly you also get a reduction in greenhouse gas per cow. And that’s an absolute figure; it’s not just an efficiency figure.

So this is the holy grail – we’re increasing profitability but we’re also reducing the overall impact of greenhouse gasses.

“And that is key – because there are not going to be that many tools available to us to reduce greenhouse gasses that don’t cost money, whereas here we’re actually able to continue to increase profitability at farm level but reduce the overall greenhouse gas.” 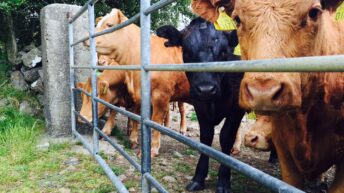