Slaughter weights at a Co. Tipperary bull beef fattening enterprise have increased by up to 15kg an animal since a non-antibiotic feed additive was included in the finishing ration.

Brothers Andy, Jerry and Seamus Darmody fatten the beef progeny from their pedigree Newhill herd of 300 spring-calving Holstein Friesian cows – around 230 a year – together with some heifers and cull cows.

Cattle are reared on grass until they are housed in the autumn and finished within 100-120 days.

Profit margins are tight so the Darmodys embrace opportunities to increase performance and reduce costs.

Two years ago, they took part in a trial examining the efficacy of Panatec Cattle, a first-generation feed supplement developed by Mayo Healthcare which has a wide variety of beneficial uses in food-producing animals.

Mayo Healthcare had developed Panatec Cattle, a novel non-antibiotic, feed enhancement technology, in cooperation with the National University of Ireland. 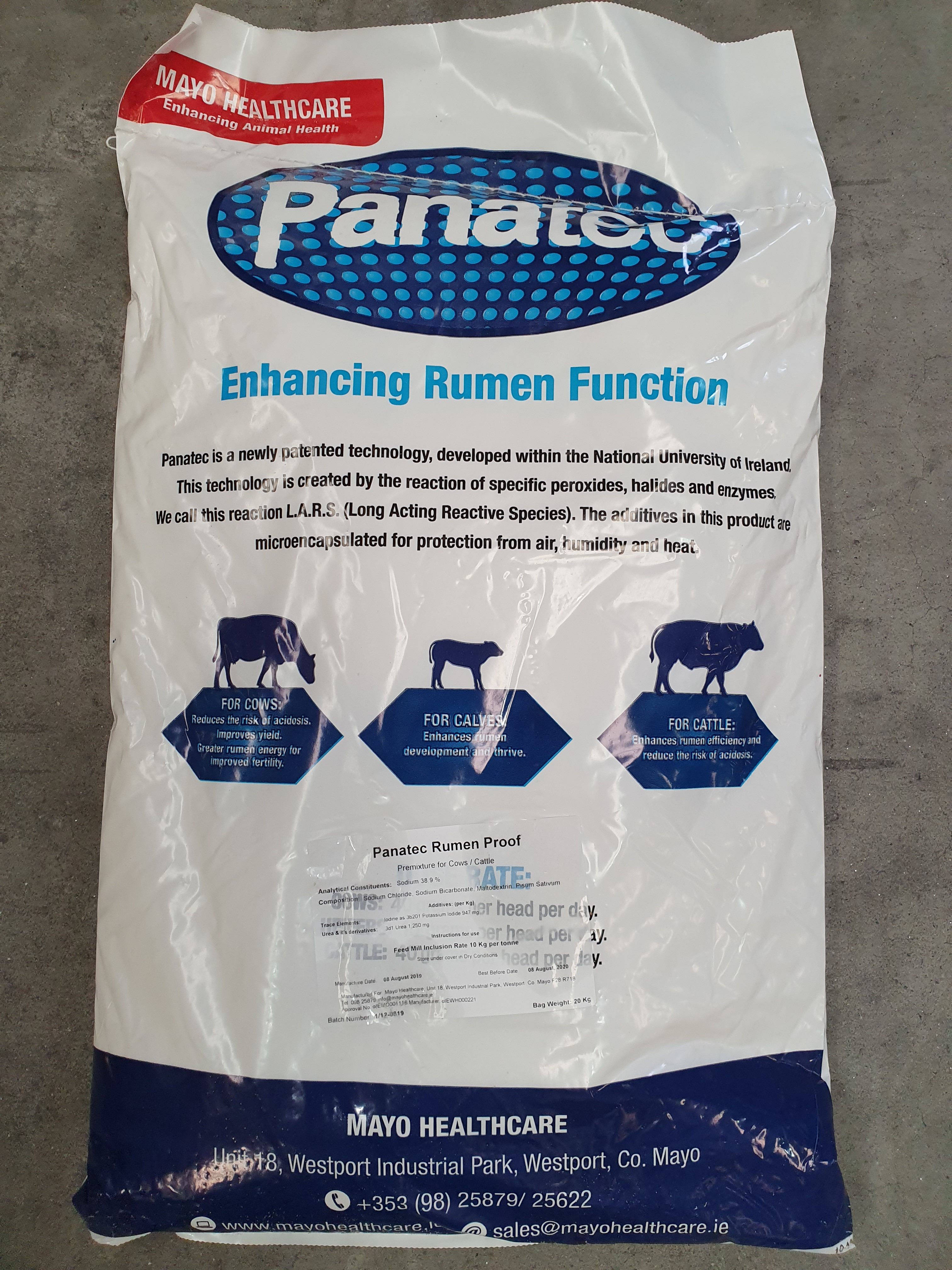 This technology is approved for use as a feed additive, acting as a residue-free rumen enhancer for greater performance and improved energy in the rumen.

The Darmodys had been feeding a market-leading yeast in their finishing diet together with distillers’ grain and home-grown fodder beet, barley, straw, grass silage and oats but they removed this yeast and replaced it with Panatec Cattle.

Cattle not only finished an average of three weeks earlier, resulting in a 20% reduction in feed costs, but there was a significant increase in the number of bulls achieving R grades.

That was the only change the brothers made to farm management so they attribute those improvements in performance to Panatec Cattle.

“We had previously been getting a lot of O- grades so had been hoping for more O+ grades but what we have achieved is a good percentage of R grades. That has made a big difference in the cattle cheque,’’ said Andy.

Bulls have been killing out at heavier weights also, averaging 320kg at 22-24 months. “Those weights are 10-15kg heavier than before we used Panatec Cattle,’’ said Andy, who supplies the Foyle Food Group in Donegal.

The degree of improvement in performance was astonishing, he said, given his initial reason for trialling Panatec Cattle.

That fact that Panatec Cattle is made in Ireland was the reason why I thought I would give it a go in the first place; that was the turning point for me, the fact that it is a locally made product.

The Darmodys are now in their fourth year of using Panatec Cattle.

Andy said there are visual signs that cattle are thriving on it. Dung is more solid and there is a greater level of docility in animals.

Panatec Cattle’s antibiotic-free status is another major plus, he added.

Mayo Healthcare also says that it is a common feedback from farms that feed reps will say: “We don’t have Panatec in our meal, but we can give you the same thing.” If they say this, it’s untrue. Panatec is a new and novel feed additive which is a patented technology; there are no similar-type products on the market.