A new innovative way of tackling mastitis and high SCC 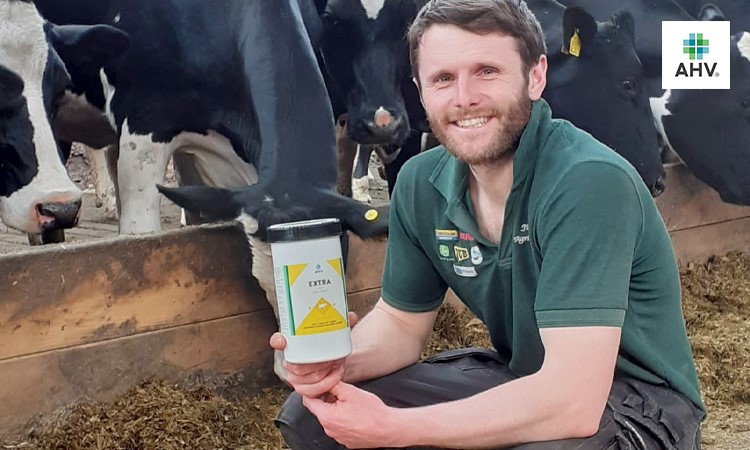 The last four months have seen Co. Down milk producer Geoffrey Malcomson reducing to zero the number of antibiotic tubes he has used to treat mastitis within his 130-strong herd of Holstein Friesian cows.

He commented on this development, saying: “The dairy industry has no option but to develop ways of coping with animal disease without having to rely on antibiotics. Such an approach makes total sense from both an animal and human health point of view.

“I run the herd with my father Kenny. Dealing with high somatic cell counts (SCC) and clinical mastitis are part and parcel of the management challenges faced by all dairy farmers.

“In our own case, we have been focusing on ways of reducing cell count levels across the herd for the past number of years. Looking at new husbandry options, which allow us to reduce our reliance on antibiotic tubes and injectables, has been part of this process.

“It was for this reason that we contacted AHV (Animal Health Vision) prior to Christmas of last year. The company’s ethos of supporting the cow’s immune system, when it faces a disease challenge, was in total harmony with our thinking on the subject.”

‘Results speak for themselves’

The Malcomson herd is currently averaging 8,500L at 4.1% butterfat and 3.3% protein. The cows are predominantly autumn calving. Geoffrey and Kenny farm at Donaghmore, halfway between Banbridge and Newry.

“The decision was taken to use an AHV Extra Tablet on these cows to see if this approach would generate a positive response. We also decided to use the tablets on cows showing up with the early stages of a clinical mastitis infection. The policy kicked in at the end of December last year.” 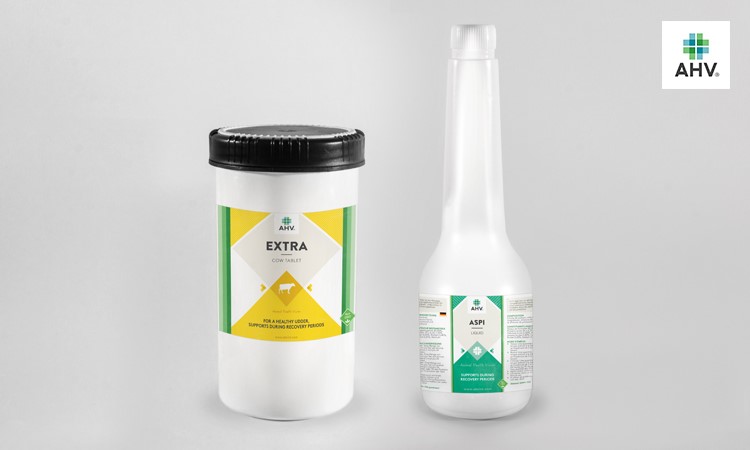 Geoffrey is quick is to point out that the policy of using the AHV Extra Tablets is working.

He commented: “One instance stands out clearly in my mind. We had two cows flagging up with cell counts of between 5.0 million and 6.0 million at the beginning of the year.

“In addition, both had small amounts of curd in their milk. We used an AHV Extra Tablet on one of the animals: The other was stripped out and an udder cream applied after each milking.

“In the case of the animal treated with the AHV product, cell counts kept on falling, reaching 100,000 after two months. The other animal seemed to improve initially. However, some weeks later she showed up again with clinical mastitis. I think the results speak for themselves.”

Geoffrey concluded: “The lesson learnt from our experience with AHV’s innovative product range is that cows showing any sign of high SCC or mastitis must be dealt with immediately.

“It is also crucially important to use an anti-inflammatory in those instances when a quarter becomes swollen. We have used the AHV product called ‘Aspi’ very successfully in this regard.”

AHV use the innovative science of Quorum Sensing (QS) to deactivate pathogens. AHV products focus on biochemical communication between pathogenic bacteria to deactivate them. This technique allows the cow’s own immune system to deal with the infection and to cleanse the infection out of the udder, which restores a healthy balance of bacteria in the udder issue.

There is no milk withdrawal and no milk tainting with AHV products, so all milk is safe to go into the bulk tank.

AHV International, originally founded in Holland, now holds offices in both the UK and Ireland and in several other countries.