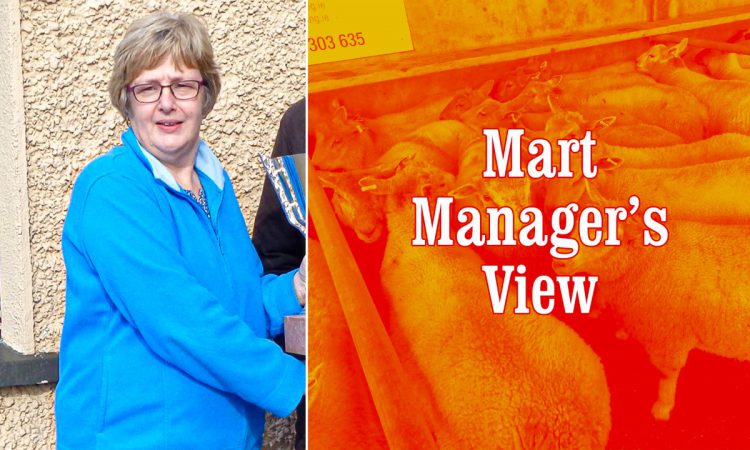 A small sale of 200 sheep were on offer at Ballinsloe Mart’s tender sale on Thursday, May 21.

According to the mart manager, Eilish Curley, there was a good trade overall, with both factory agents and farmers very active for stock.

The majority of the 200 sheep on offer consisted of spring lambs, with a select few of butcher-type hoggets on offer, as well as a few units of ewes with lambs at foot.

To find out what the trade was like on the day, AgriLand spoke to Eilish.

She explained: “This time of the year would generally be quiet for us on the sheep side of things. Numbers were quite small on Thursday, but under normal conditions, the sales wouldn’t be much bigger coming into the summer months.

“We usually get big numbers of sheep towards the latter end of the year; however, despite the small sale, there was a good trade overall.

Spring lambs prices averaged around the €126/head mark. The top price on the day for lambs was €135/head.

“We had a few pens of hoggets presented for sale. Again, hogget numbers tend to die off at this time of the year anyway. Factory and butcher-type hoggets sold from €115/head up to €130/head.

“In terms of cast ewes, prices were back for these types slightly. Factory prices for those heavy ewes are a bit up and down lately and I think that was a contributing factor for the slight knock in prices. In general, stag ewes made from €95/head up to €115/head.

Speaking about the new way of trading, Eilish described the running of tender sales as “labour-intensive and very time-consuming”, which is similar to what other mart managers have reported.

She added: “It is a very labour-intensive process, but I don’t think we have too many other options.

We let buyers down to look at the sheep at 5:00pm and it was after 6:00pm before we had all the bids in front of us to go through and sort out.

“If we were running a typical live auction we would have all the sheep sold by 6:00pm. You have to remember we only had 200 sheep booked in. If it was a larger sale I wouldn’t like to think how long it would take to wrap up.

“With regards to when we might return to a normal live auction I’m not sure; there is still a lot of uncertainty surrounding the whole Covid-19 situation. It is impossible to call at the moment.” 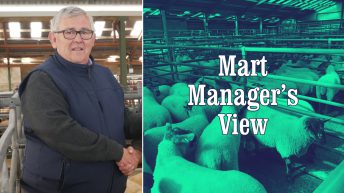