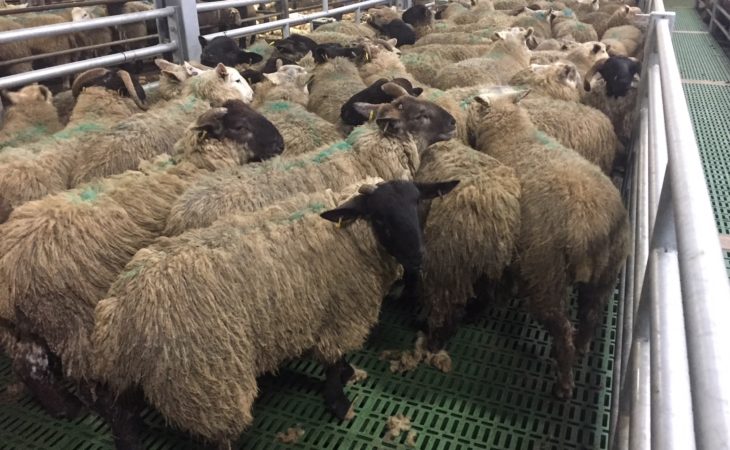 A total of 93% of sheep presented for slaughter in the first week of full implementation of the Clean Livestock Policy (CLP) for sheep were compliant with the regulations, a spokesperson for the Department of Agriculture, Food and the Marine has claimed.

It was agreed by all stakeholders that there was a need for such a policy, as part of an initiative to improve carcass hygiene in sheep plants, the spokesperson added.

“The details of this policy were discussed and agreed by all stakeholders over the last two years.

“Full implementation of the policy was deferred during 2017 to allow more time for information to be given to producers and for processors to raise awareness amongst suppliers.

The agreed CLP is now being fully implemented in all sheep slaughter plants. To date the results from the first week of full implementation have been very encouraging.

“The vast majority of producers and processors have engaged very positively with the CLP, and have fully accepted that animals being sent for slaughter for human consumption must be clean.

“In the first week of full implementation, 93% of sheep presented were in compliance with the CLP requirements,” the spokesperson said.

Engagement between the department and all stakeholders is set to continue on this issue.

Department officials are thought to be meeting with representatives from the processing industry at some stage today.

Issues relating to the policy reportedly came to a head yesterday in Kepak, as it was claimed that the processing of lamb was halted in the morning.

But, the plant in Athleague, Co. Roscommon, is believed to have resumed operations; it is quoting an all-in price of 515c/kg (510c/kg + 5c/kg Quality Assurance Scheme bonus) for lambs and 290c/kg for ewes.

The first of two information evenings was held last night in Athleague by Kepak, with another scheduled to take place tonight at 6:30pm.

It is understood that the meeting was well attended and that it focused on getting information out to farmers on the CLP for sheep.

‘Unworkable aspects’ of the clean sheep policy to be reviewed