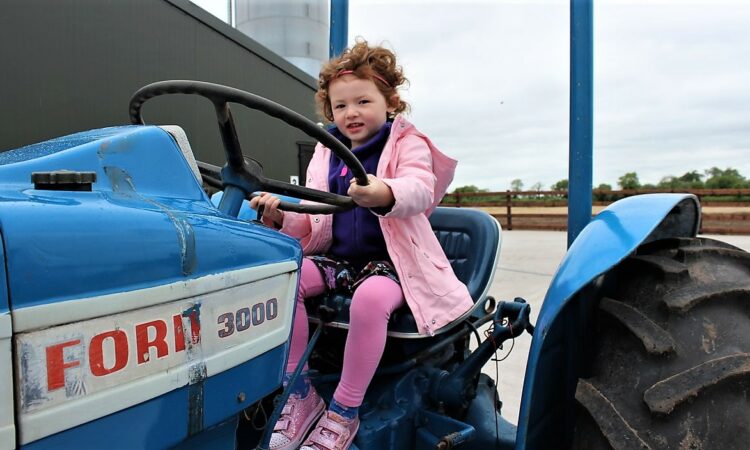 Three-quarters of those who visited Northern Ireland farms through this year’s Open Farm Weekend rated the event ’10 out of 10′, according to figures released earlier this week.

14 farms opened their gates and fields on Saturday, June 16 and nine on Sunday, June 17.

Most of the farms also opened their gates to primary school children for an additional day on Friday, June 15, allowing more than 1,200 pupils to learn more about the farm to fork journey of their food.

The figures were revealed at an event to thank farmers who participated in the seventh Bank of Ireland Open Farm Weekend held last week at Greenmount College.

Outgoing chairman Barclay Bell said: “From our visitor evaluation feedback, we know that 47% of our visitors attended Bank of Ireland Open Farm Weekend for the first time; so in our seventh year, we are still attracting new audiences.

Many visitors visited multiple farms giving them insights into various sectors. An overwhelming majority said they would visit a farm next year demonstrating the huge demand for this initiative that keeps growing year-to-year.

Bank of Ireland agriculture manager NI Richard Primrose added: “Once again, our visitor feedback was extremely positive – with 74% rating their visit ’10 out of 10′ and 14% ‘9 out of 10’.

“This is a reflection of the enthusiasm the farmers showed in making them feel welcome and giving them free and open access to the agri-food supply chain.

“Once again, we had a tremendous amount of support from the public and we were encouraged by seeing families getting out and about on our farms.

“Their experiences were enhanced by the effort the farmers went to arranging displays and demonstrations to help educate adults and young people about the industry and get a better understanding of where their food comes from.”

During the evening, farmers were presented with a commemorative plaque to display in their yards.

A presentation was also made to Air Ambulance NI after the farms raised more than £4,600 for the charity through fundraising on farms during Bank of Ireland Open Farm Weekend, in support of the UFU’s Centenary Charity Appeal.

Planning is underway for the 2019 event with a schools day planned for Friday, June 14 and the public on Saturday 15th and Sunday, June 16.

The initiative will also be featured in the new series of BBC NI’s popular rural affairs programme Home Ground.

The episode is set to air on Monday, September 24, and will give a flavour of activities at the Greenmount open farm event when exchange students from USA helped to welcome visitors to the Co. Antrim campus. 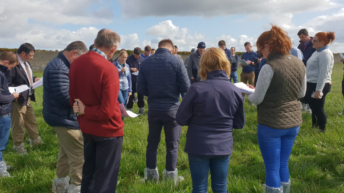 KT Conference 2018: ‘Through eyes of the next generation’