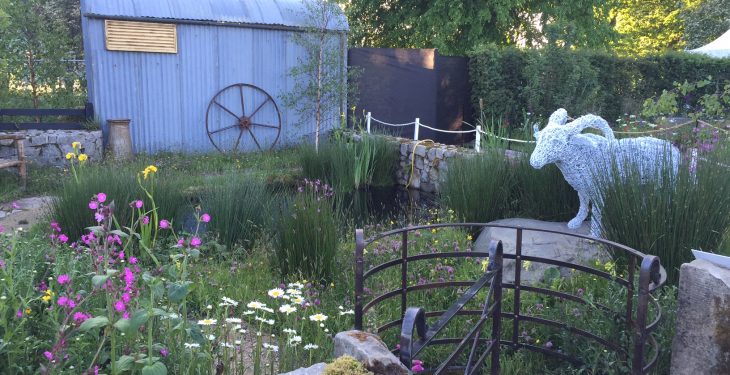 Almost 115,000 people attended Bord Bia’s Bloom festival in the Phoenix Park, Dublin over the weekend, a record attendance for Bloom.

Commenting on this year’s Bloom, Aidan Cotter, Chief Executive, Bord Bia said that it is clear that Bloom has become an important fixture in Ireland’s summer calendar, with visitors enjoying the very best of Ireland’s food and horticulture industry.

“Since our first Bloom event in 2007, the festival has doubled in size. We’ve welcomed over 800,000 people to the show, showcased over 280 show gardens and hosted thousands of Irish food and drink producers.

“Over the years, the show has evolved and all of us in Bord Bia are truly proud of our Bloom show and what it represents today.

“It provides us with an invaluable platform to highlight the creativity and passion that characterises our world-class horticulture and food industry.”

With the festival finished, Bord Bia has released some of the event facts and figures from the last five days:

Many sections and elements of the 23 show gardens and seven postcard gardens will be rebuilt at various locations around the country over the coming weeks, Bord Bia has said.

The GOAL Damascus Courtyard garden will be rebuilt at the Syrian Refugees Centre in Monasterevin, Co. Kildare. Designer of the GOAL garden Brian Burke said that the full re-installation will be completed by mid-July.

The UCD gold medal winning garden will soon become an outdoor classroom in the Science Quad at the Dublin University, while the Chinese Yi Garden is likely to move to Herbert Park,

Wicklow’s Hugh Ryan, the designer behind ‘Well Centred’, believes the garden will be rehoused at a medical centre or hospice due to the high level of interest to date.

The Designer’s Backyard garden has elements that have been used since the first Bloom, so Oliver Shcurmann, the designer thinks it will now be laid to rest.

Meanwhile, artisans, exhibitors and garden designers alike have enjoyed a busy and productive time at Bloom 2016 with many reporting huge interest and buoyant sales onsite.

Independent studies in recent years have shown that the onsite sales at Bloom have been valued at over €7m each year.

Kieran Dunne of Kildare Growers Group and the designer of the Our Lady’s Children’s Hospital Crumlin show garden said his sales in the Plant Village were 50% up on last year, while Newland’s Home and Garden reported an increase of 80% with varieties such as Cornus ‘China’s Girl’ and Lychnis flos-cuculi ‘Jenny’ selling out before midday every day.

In the Food Village, Bord Bia reported that many food producers sold out daily and had to travel to restock their stands, with ProU travelling to Wexford to get more yogurt and the Bretzel Bakery’s William Despard making eight- mile round trips on his bike to his base in Portobello, Dublin to replenish multiple times a day.

Kildare’s Brady Family Ham reported sales of 1lb of ham a minute while the Dublin Cookie Co. and Killowen yogurt both sampled 5,000 cookies and yogurts each.

The final day of Bloom also marked the announcement of the People’s Choice Award which was won by Barry Kavanagh from Cavan for his Across Boundaries garden.

The winner of this coveted award is voted for by visitors to the show over the five days. Barry also received the Designers’ Choice and a gold medal for his efforts.

His garden is focused on highlighting social farming as an alternative option to traditional ‘room therapy’.

Bord Bia announced that Bloom 2017 will take place from Thursday, June 1 to Monday, June 5, 2017 and it confirmed planning is already underway.