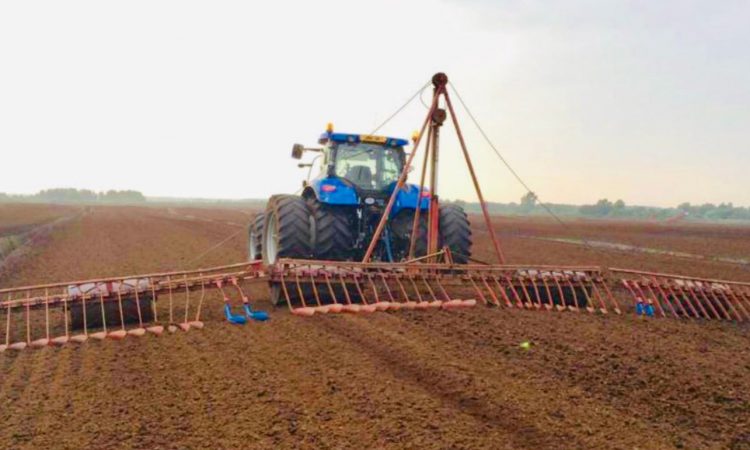 The decision to close two ESB peat-firing power stations – in Lanesboro, Co. Longford and in Shannonbridge, Co. Offaly – will leave midlands and west of Ireland towns in “deep trouble”, a prominent rural TD has warned.

Speaking after the latest announcement that the Lough Ree and West Offaly power stations – both supplied by peat from Bord na Móna (BNM) – will shut down at the end of 2020, independent TD Michael Fitzmaurice says that up to 1,400 jobs – both direct and indirect – will be at risk over the next 12 months.

The Galway-Roscommon representative described the decision to close the stations – almost a decade earlier than the Government’s original plan – as an “entirely unjust transition”.

In defence of his position the TD highlighted the recent decision by Germany – one of the world’s biggest consumers of coal – to stop all 84 of its coal-fired power plants over the next 19 years.

Fitzmaurice is set to raise his serious concerns for the future of the region – which is heavily dependent on BNM, ESB and agricultural work – with Richard Bruton, the Minister for Communications, Climate Action and the Environment, at a meeting in Ballymahon, Co. Longford tomorrow afternoon (Monday, November 11).

The TD, who will be joined by other public representatives, is also expected to challenge the minister on the timeline leading up to the unexpected announcement last Friday, November 8.

Sitting down with AgriLand this weekend, Fitzmaurice said: “First of all the horse seems to have bolted.

“Last Wednesday (November 6) we had a debate in the Dáil on the very issue of ESB and the BNM workers – that was two days before the announcement – and nothing was said about what was coming.

I think that Minister Bruton misled the Dáil on that day because he didn’t come out and tell everyone what was happening.

“I don’t accept what has been done,” he said.

Fitzmaurice contends that the decision will lead to a rural revolt in the next general election.

“Who is running this country now? Is it An Táisce that can object to everything? Is it An Bord Pleanála which seems to be gone into more of an environmental set up?

“Or is it a Government that seems to be less worried about workers and more worried about being ‘keepers of the earth’?” he said.

He drew comparisons between Ireland’s so-called ‘just transition’ away from fossil fuel dependency, to the current situation in Germany.

“When you look at Germany – a much bigger country than Ireland – and the closure of all their coal-fired stations, they have what I would call a ‘just transition’ of 19 years.

“The Government here just wants to be top of the class in everything, but there is collateral damage here especially to the midlands to the guts of probably 2,000 families.

“It would be the same as telling Dublin it lost 20,000 jobs in one day,” said Fitzmaurice. 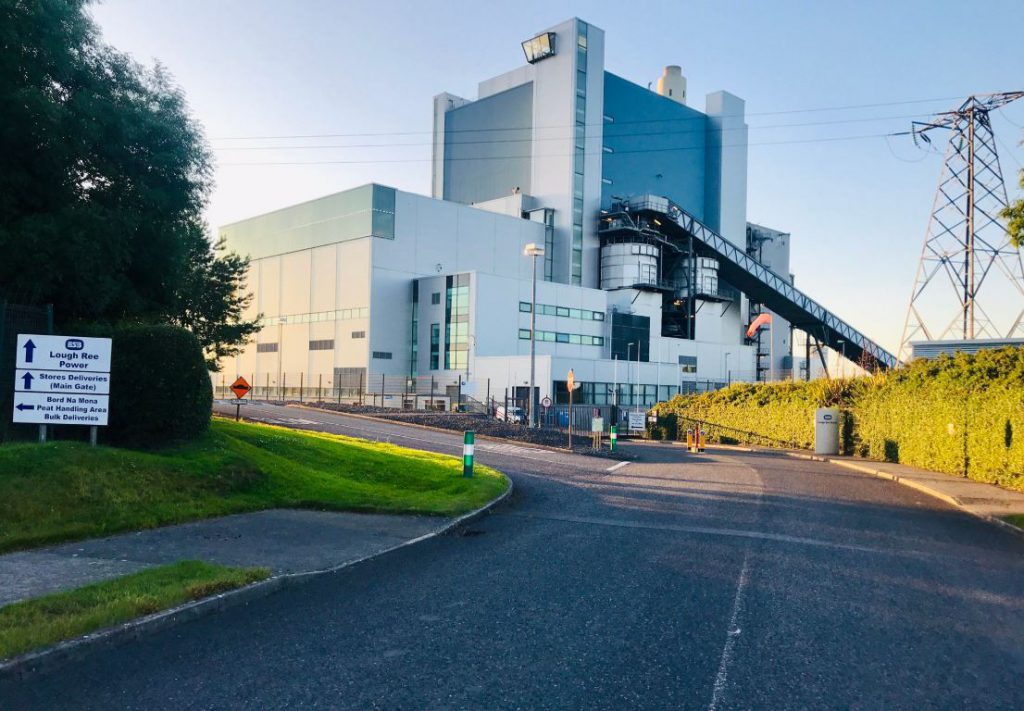 Fitzmaurice is calling on Minister Bruton to seek a derogation on the pending closures.

“Richard Bruton, in my opinion, should go back to the ESB to seek a derogation. If Germany can do what they have done, then I am damn sure that we should have been able to facilitate the ‘just transition’ that was agreed on by all parities.

Last year, BNM announced that it would cease peat harvesting and burning by 2027, three years earlier than its initial deadline of 2030, as part of its ‘Brown-to-Green’ decarbonisation plan.

“People were happy enough to go with 2027, it gave them time. The Government could have given enough incentive to people to grow biomass as an alternative instead of relying on imports,” said Fitzmaurice.

Although the ESB has confirmed that it will add €5 million to the Government’s €6 million Budget 2020 ‘Just Transition Fund’ for the midlands region to support bog restoration and rehabilitation, Fitzmaurice says this contribution is “just a red herring”.

The €5 million fund is aimed at developing a programme to restore bogs to their natural habitat and become sinks that absorb carbon. The programme is set to support the National Parks and Wildlife Service (NPWS) to restore 1,800 hectares of bog in seven counties, resulting in 28 million tonnes of carbon stored over the next five years.

The Government claims that it will create 70 jobs in year one rising to 100 as the programme develops.

However, Fitzmaurice questions its potential – based on the budgets and scope of previous NPWS projects for rewetting bogs.

“Anyone can look back through the NPWS projects where they were rewetting bogs and look at the budgets and workloads that were required.

Based on their previous work it is clear that this type programme will probably require about 17 machines for 240 days.

“Yes, I understand that there will be some railway lines that need to be taken up and engineers for the plans, but the programme isn’t going to employ 1,400 people for five to six years – let no one cod themselves about that.

“This is the most ‘unjust transition’ I have ever seen. It’s going to leave midlands and west of Ireland towns in deep trouble.

“You’ll be taking big volumes of people out of these areas ,so they will not be spending money and that is a major problem.

“BNM or ESB workers are skilled people in the line of machinery, so they are going to get jobs in Dublin where the big building is going on. They will end up driving up and down to Dublin each day in a car which means we will actually increase out carbon footprint,” he said.

Fitzmaurice warns that rural dwellers’ deep frustration and dissatisfaction over the Government’s “catastrophic decision” to close the power plants without a reasonable ‘just transition’, will compound significant farmer fears over the future of the beef sector in the region.

“I hope the people in the midlands and people in the west remember what is being done now in five or six months time when the next general election is called. 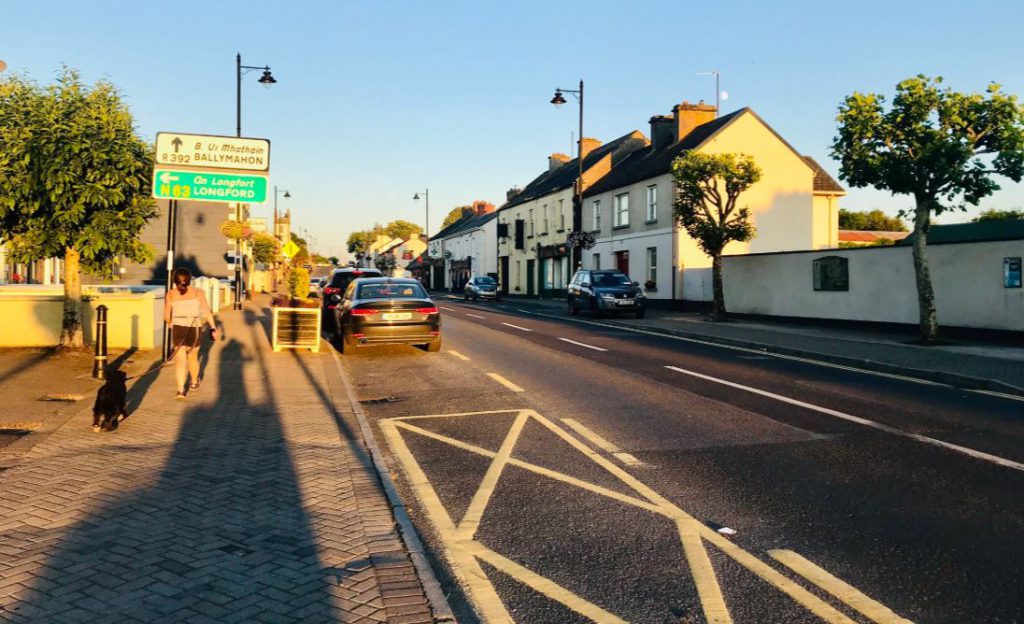 “We know that farmers are struggling, we know that every environmentalist wants to get rid of half, if not all, of the national herd. And now we have the disaster happening with Bord na Móna and the ESB.

“The greatest protest of all is in the stroke of a biro – and they are going to get that chance between March to May of next year and it’s for people to decide then.

“If voters keep going down the same road, they’ll keep getting the same answers.

Where has rural Ireland gone under the two main political parties that have been running it for the last 100 years?

“Yes there are some vibrant small towns, but its because people in them are fighting back themselves – it’s not because of Government.

“There are great communities out there that are able to do things – but they need a hand-up, not a hand-out. Right now they are getting neither.

“If people don’t show their disgust in the ballot box, well then, expect more of this and expect more of rural Ireland to become depleted,” he concluded.