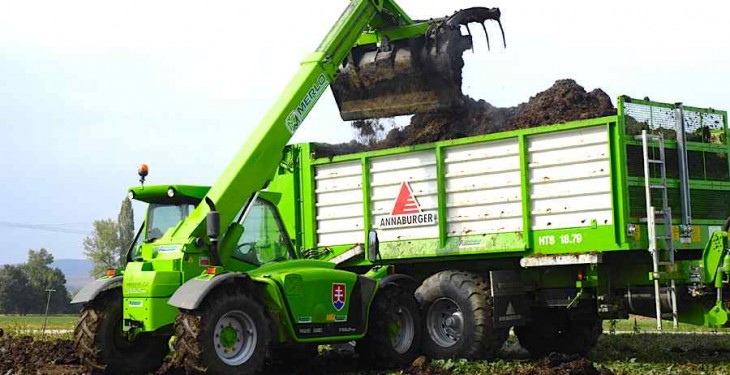 John Deere main dealer Murphy’s Garage of Headford has been appointed to represent the Merlo range of agricultural telehandlers.

They are the first main dealers appointed to represent Merlo since its distributors – McHale Plant Sales of Birdhill, Co Tipperary – secured the franchise to distribute the distinctive Italian-made product range late last year.

Founded some 30 years ago by its managing director John Murphy, Murphy’s of Headford is one of the largest John Deere dealerships in Ireland.

The company operates two outlets servicing the counties of Galway and Mayo – one based just outside Headford and a second situated on the Foxford Road in Ballina which was opened in 2007. Together, both outlets employ a staff of 25 persons.

Commenting on their appointment, John Murphy said: “The Merlo P32-6 is a machine perfectly suited for use by farmers in the west of Ireland and one that complements our John Deere product offering.”

Regarded as one of the world leader in designs, Merlo’s distinctive range of green-liveried telescopic handlers is made primarily for construction, environmental and agricultural applications of which the P32-6 to be marketed by Murphy’s is the one best suited for farm use.

In addition to Merlo, McHale Plant Sales is best known as distributors in Ireland for Czech-made Zetor tractors and the Japanese range of Komatsu excavators and earth moving equipment.

Expressing his delight that a dealership of the ‘calibre of Murphy’s of Headford’ will represent Merlo, McHale Plant Sales managing director Michael McHale said: “It is hoped that other similar appointments will be announced shortly, from inside and outside our own Zetor main dealer network.”