Just over 100,000 Northern Irish (NI) lambs have been slaughtered in sheepmeat plants in the Republic of Ireland since late August / early September.

Figures from the Livestock and Meat Commission (LMC) show that 112,143 NI-origin lambs have crossed the border for direct slaughter between August 28 and December 3.

Over the past five weeks, a total of 44,662 Northern Irish lambs were transported down south for slaughter – accounting for almost 40% of the north’s lamb output over this period.

Secondly, procurement managers have been searching for lambs over recent weeks. NI-origin lambs could have been potentially used to ensure a continuous supply on a week-to-week basis.

In addition, some 28,339 NI-origin sheep (including ewes and lambs) were slaughtered down south during the month of July. When compared to the corresponding period in 2016, that’s an increase of 2,219 head or 8.5%.

What are processors offering?

This week, procurement managers have maintained base quotes at last week’s levels. The majority of lamb buyers are now offering base quotes of 475-485c/kg to secure supplies.

Despite base quotes remaining unchanged, farmers are continuing to dig out 10-15c/kg above what is being offered by processors.

Prices of 500-510c/kg are widely achievable; some finishers with larger numbers are also edging closer to the 515-520c/kg mark.

Ewe prices also continue to remain in a positive position and, for the most part, factories are offering 270c/kg for suitable lots. 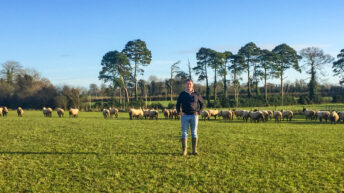