Over 1,000 dairy farmers attended the first five of a series of seven CalfCare events held over the last two weeks in counties Wexford, Kilkenny, Waterford, Laois and Kerry.

Animal Health Ireland (AH) and Teagasc, in conjunction with Glanbia, Kerry Agri Business and Aurivo and supported by Volac are teaming up to deliver the CalfCare events in January. According to AHI these events are a timely refresher for dairy farmers as the first of almost one million calves begins to arrive on spring calving dairy farms.

“The weight gain achieved during the first three months carries through to breeding and heavier heifers are more likely to go in calf and to calve earlier the following year. The partnership between Teagasc and AHI at these events has allowed us to put together a programme for farmers that addresses the management of both nutrition and health in the critical early days of the calf’s life,” he said. 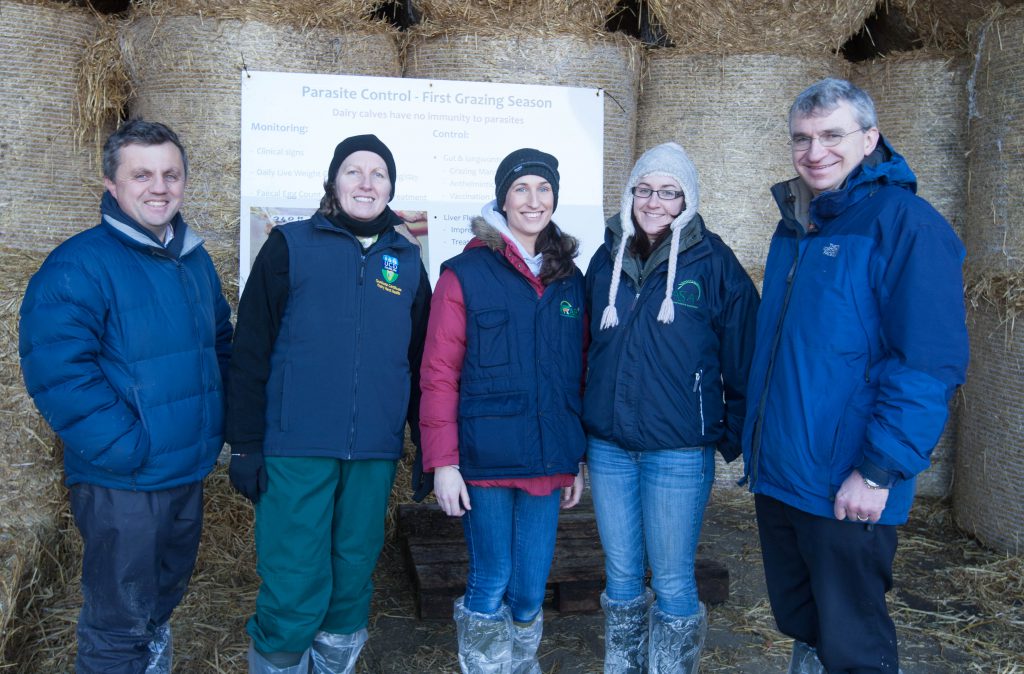 Speakers at the calf event held recently on the farm of Tommy Cahill, Ballyroan, Laois

She said the speakers on calf health are involved in the AHI CalfCare and Biosecurity Technical Working Groups and, as part of their work, have access to the latest research and science.

“Using this information, they present best practice advice which, if implemented, will be of enormous benefit to the farmer in ensuring that the calves born this spring are as healthy as possible.”

Large numbers of farmers are expected at the remaining events scheduled for the coming week on the following farms: