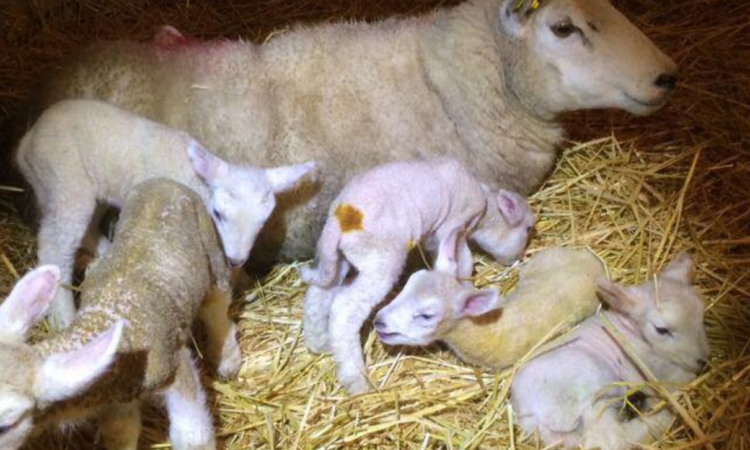 A farm family in Co. Mayo got a surprise earlier this week when their ewe gave birth to five hale and hearty quintuplet lambs.

“They were born last Sunday; she started lambing at 2:30pm in the afternoon and she had her fifth lamb at 6:30pm.”

All five lambs are thriving, according to Martina, with each a good size.

A ewe having quintuplets is often mooted as one-in-a-million.

The prolific ewe herself was a Christmas present for the daughter of Martina and her husband Michael, who bought the sheep.

“He bought two sheep in Ballina Mart on December 18, the last mart before Christmas. They were scanned with four lambs each so he bought the two sheep.

“There’s a young lady in our house, Ciara, and she’s only 17 but she’s interested in sheep and lambs so he said he was going to give her one of them for Christmas.”

With the Flannerys’ own ewes not due to lamb until March, the new sheep were well looked after, Martina added.

“He let her out Sunday morning like he did every morning and then at 2:30pm she had her first lamb outside.

“Then we brought her into the shed and she had the other ones inside. She had the four and we were delighted and Michael went down to the house; he thought it was all over.

“Myself and Ciara stayed out in the shed and she put out another water bag. It was great excitement,” she added. 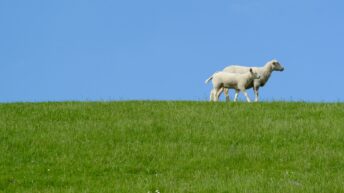