A man in his early 20s has died in a fatal accident on a farm in Katesbridge, Co. Down today (May 4).

Police said the incident happened on the Kinallen Road at around 10:30am.

It’s understood the young man had been carrying out building work at the time.

Officers attended the scene and Northern Ireland’s Health and Safety Executive (HSENI) has also been informed.

It’s thought to be the second death on a Northern Ireland farm this year after a man in his 70s was killed in an incident involving a cow in south Armagh just over a month ago.

HSENI figures show on average around 100 farm accidents take place every month in the region – a figure which only included incidents in which medical attention had been required.

The number is put into perspective across Northern Ireland’s 24,500 farms; meaning that over the course of a year the average farm here has a one in 20 chance of a serious accident.

The issue is not just of concern in Ireland – where farming is the most dangerous occupation to be in – but is a concern across all member states, she said.

The MEP said the perception of farming – and support for the family farm model as an ideal – needs to be moderated by the reality that “family farms” are not the safe and secure places they should be.

“A less rigid and formal structure of work applies there than on other regulated businesses and workplaces.

“This is not to suggest that the family farm model has to be rethought; but to realise that the family and farm – if they are to continue to mix – need to see a change in behaviour, attitudes and work practices. Otherwise, the horror of farm fatalities and accidents will continue to plague our countryside,” she said. 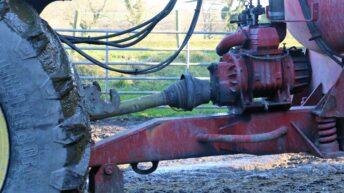