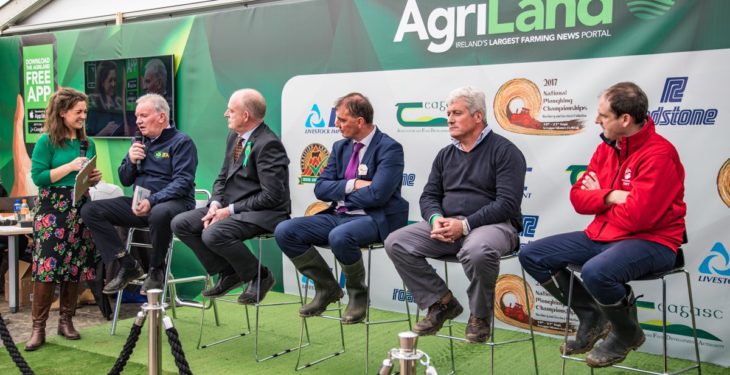 AgriLand’s ‘live stream’ broadcast from the National Ploughing Championships is set to be dominated by young farmers, sports stars and a discussion on the future of the tillage sector.

Another hectic schedule is planned for the final day of the event, with the broadcast going live at 12:00pm. A mixture of panel discussions, interviews and out-and-about segments will take viewers right through until 5:00pm.

The ‘live stream’ will take place in the AgriLand stand (Block 4, Row 15, Stand 340), so make sure to call in and catch the discussions live.

For those who can’t personally make it to the damp ‘Ploughing’ site today, the broadcast will be available on AgriLand’s website and across all devices – including app and mobile. It will also be available directly from the NPA’s website.

AgriLand, now Ireland’s largest agricultural news publisher, was the official ‘live stream’ partner of the NPA for 2017. Click here for a full schedule of the ‘live stream’

Highlights of the broadcast will include panel discussions on: young farmers; the future of the tillage sector in Ireland; as well as rural life and sport.

Officials from Teagasc, the Irish Farmers’ Association (IFA), Sinn Fein, the European Council of Young Farmers, the Irish Angus Cattle Society and more are all scheduled to make an appearance.

Former Tipperary hurler Lar Corbett will also be joined by former Clare hurler Padraig Giblin for one of the panel discussions.

The NPA’s Anna May McHugh will join AgriLand’s Rachel Martin to have a look back over this year’s ‘Ploughing’ at 4:30pm.

Organisers are hoping for a strong attendance today, with visitor numbers over the first two days of the event equating to close to 200,000. Last year’s attendance totalled 283,000 over the course of the three days, setting a record for the event in the process. 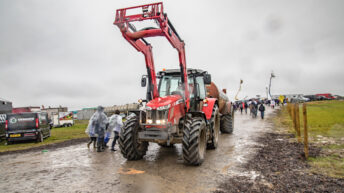 Sun shines on the final day of the ‘Ploughing’