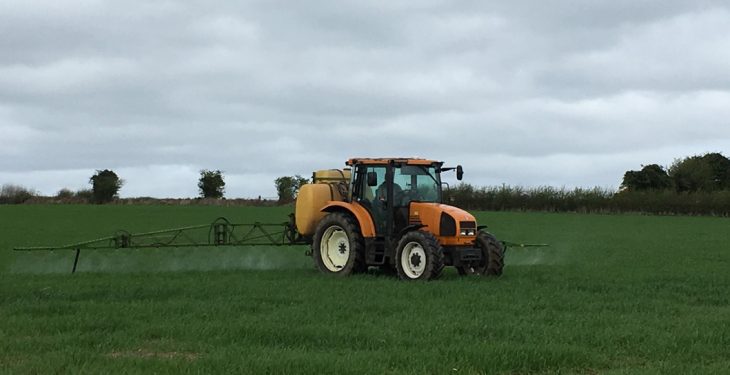 The Department of Agriculture, Environment and Rural Affairs (DAERA) in Northern Ireland has issued best-practice cereal management tips – for the month of May.

Liz Donnelly, of the College of Agriculture, Food and Rural Enterprise (CAFRE), outlines the guidance below.

Winter cereal development is more variable this spring than in recent years. A longer than normal autumn drilling window, from September to December, may be a contributing factor.

This is to be kept in mind when planning to spray and fertilise crops.

Treat crops on a field-by-field basis, as differences in development stages can be significant, even on the same farm.

By now, most winter barley will have received all the nitrogen (N) required, with exceptions being six-row varieties on continual arable soils. These can respond to a late top-up, at flag leaf, of 30-40kg/ha.

Flag leaves have emerged on the majority of winter barley.

It is advised to apply T2 (treatment 2) fungicide no later than four weeks after T1 (treatment 1). Ideally, this is when the flag leaf has fully emerged and awns are appearing.

The best performing products are similar to those used at T1, containing an SDHI and either triazole or a mix of products with three different modes of action.

Similar to winter barley, apply T2 treatment at flag leaf emergence no later than four weeks after T1. A well-applied T2 spray will give a bigger yield response in wheat.

It is reported that triazoles no longer work against septoria, and remain most effective when used as part of a mixture with an SDHI.

Only use SDHIs where necessary. Never apply more than twice in a season. Keep up rates and always use in combination with a multi-site protectant, for example, Bravo or Phoenix and a triazole fungicide.

Also be vigilant for the presence of yellow rust. Changes in the yellow rust population in the last number of years have resulted in previously-resistant varieties suddenly breaking down to the disease.

SDHIs and triazoles, particularly epoxiconazole, provide good protection. As does the addition of a strobilurin to the mix. If yellow rust is present, include a morpholine fungicide, which gives an effective short-term knock down.

For spring cereals sown late, the option may still exist to apply residual herbicides, more commonly used on winter cereals pre or early post-emergence, as extensions of minor use (EAMUs).

These herbicides provide a different mode of action and will improve the control of annual meadow grass.

If the residual option is no longer applicable, apply a mixture of at least two broad spectrum herbicides when weeds are at the two-to-four leaf stage.

This ensures weed competition is taken out at an early stage of crop development and may allow a reduction in dose rates.

At this stage, to prevent disease establishment, in particular rhynchosporium, it is advised to tank mix a suitable fungicide with your herbicide.

When tramlines become visible, at the two-to-three leaf stage (GS 12 to 13), apply nitrogen top dressing. Application any later may green the crop but add little yield. 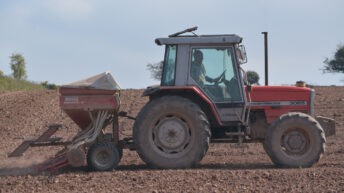