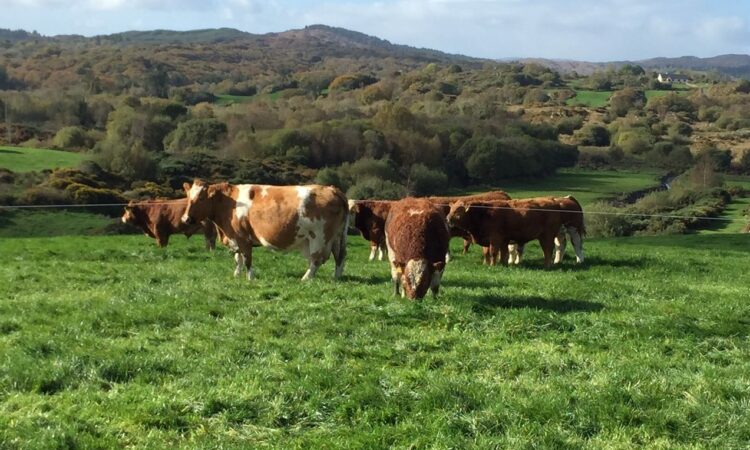 The Irish Grassland Association Beef Conference and Farm Walk – which was sponsored by MSD Animal Health and Mullinahone Co-op – took place on Thursday, May 24.

Using Thomas O’Connor’s 90-cow suckler herd as an example, the Irish Cattle Breeding Federation’s (ICBF’s) Chris Daly highlighted the difference – across many traits – between the top five high replacement index cows versus the bottom five cows on the maternal index.

Looking at the average calving interval, the top five cows on the replacement index averaged 364 days; this is right on target.

However, the bottom five low-index cows had an average calving interval of 401 days. Therefore, this was more than five weeks beyond the target of 365 days.

Therefore, there were just under two months in the difference; it must be noted that farmers who calve heifers at 24 months operate more profitable farms.

Looking at cow weight – which Chris described as being a relatively new concept for suckler farmers – the high-index cows were 21kg heavier than the low replacement index cows.

The cows’ offspring carcass weights were also accessed; there was a 16kg difference between progeny from high replacement index cows and the low maternal index cows.

If we take a price of 400c/kg, Thomas is looking at €64 in the difference in the progeny from the high replacement index cows versus the low-index cows.

Therefore – based on these results – the top five high maternal cows in the herd are delivering across all the key fertility and output traits.

Chris also highlighted the importance of using the best genetics. He explained: “We will all find cows with poor indexes that are performing quite well; that will always be the case.

“However, we shouldn’t focus on those individuals; we should look at where the averages are. It’s not always going to work 100% all the time, but we need to put ourselves in the best position by using the best genetics possible.

The Gigginstown Angus herd is owned by well-known business man Michael O’Leary; the farm is managed by Joe O’Mahony.

Joe said: “Because he was the top bull on the Stockbull Finder and had numerous high-indexed animals in his backpedigree, this made him stand out on the ICBF bull search-engine.”

According to the ICBF, he had been weighed several times on his home farm by the Appelbes and he was was weighed by the ICBF as part of their Whole Herd Performance Recording (WHPR) visit; he has had a consistent weight gain of 1.6kg/day.

As can be seen on the Stockbull Finder – the ICBF says – he weighs over 900kg at 19 months of age.

The fact that the bull was also genotyped was very important at Gigginstown, as this dramatically improved the accuracy of the bull’s figures, the ICBF said. 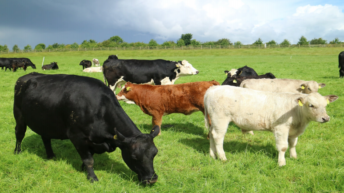