Wet and humid weather for weekend 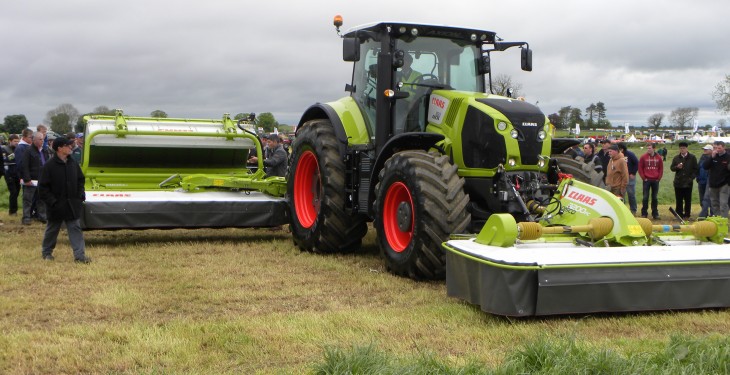 This weekend will see wet and humid weather around the country, according to Met Eireann. After a large amount of silage was cut last weekend, it seems the same won’t happen this weekend.

According to Teagasc, silage digestibility is deteriorating by 2.5-3.0% units per week at this stage but lodged crops, lying under wet conditions, can deteriorate by up to 7-9% units in a week.

Saturday will start off hazy in places, but further rain or showers are expected too, giving some thundery downpours at times. Top temperatures 16-18C., in moderate south to southeasterly winds.

The weather over the weekend will be humid, with some dry spells and occasional sunshine. But, expect showers which will spread up over the country from the south and southeast at times, giving heavy thundery falls of rain in places and possibly some local spot flooding.

It will stay humid on Sunday, with some hazy sunshine at times. But there will be a good deal of cloud overall, with some heavy showers at times, which will give some thundery downpours in places. Highs of 16-18C., generally, but values could rise to 20C., in any decent sunshine. Winds moderate south to southeasterly and patches of fog may affect exposed coasts and hills.

The early days of next week will be mild, sometimes warm, with some spells of sunshine at times, but showers are likely each day. According to Met Eireann, the trend for the mid week period is for less showers and more in the way of dry, mild and sometimes sunny weather.