Video: Traffic chaos as lorry sheds its load of hay 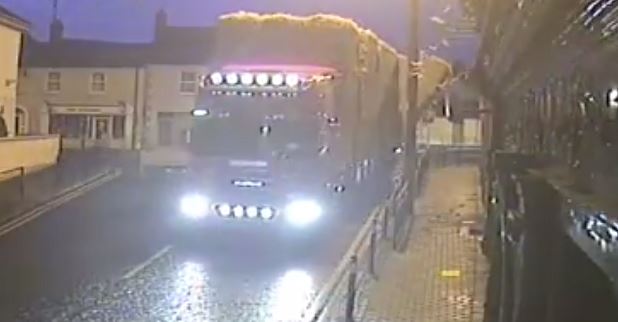 A lorry driver had a lucky escape after the load of bales he was hauling came in contact with an ESB pole in Ardee, Co. Louth.

On Wednesday morning, a lorry was travelling along Bridge Street in Ardee when a number of bales of hay towards the back of the vehicle became lose and made contact with a near-by ESB pole.

The incident was captured on camera by Mark ‘Bogger’ Conlon and later shared on his Facebook account.

The video shows a Scania lorry travelling through the town in the early morning, which subsequently losses its load of hay and knocks down a near-by ESB pole.

The video also shows the hay bales being scattered across the road, and it is understood that the falling bales caused damage to property on the street.

Another lorry driver can also be seen slowing down to avoid colliding with the bales, which had been strewn across the street.

Video: Watch as a load of bales collide with an ESB pole

The incident also came to the attention of AA Roadwatch, who alerted people travelling on the N2 Dublin/Monaghan road about the hay blocking the road in the town.

LOUTH: Large bales of hay blocking traffic on the N2 Dublin/ Monaghan Rd in Ardee on the Dublin side https://t.co/EY0qAdZlYs

If a farmer or contractor is driving a tractor transporting bales on a trailer it is their responsibility to ensure that they are compliant with the national weight and dimension limits, the Road Safety Authority (RSA) has said.

In the case of mechanically propelled vehicles and trailers, the RSA has said that no load carried shall exceed a reasonable weight, having regard to the engine capacity, brakes, tyres and general construction of the vehicle.

The RSA has pointed out that a load shall not be carried on a vehicle on a public road in such a manner that part of the load is liable to fall on the road, or drags on the surface of the road, so as to cause damage to the road or to be liable to cause danger.

Operators or drivers should employ a load restraint method suitable to the load being carried, it advises. 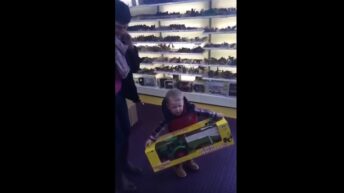 Video: This Kerry child doesn’t know what to make of his new tractor! 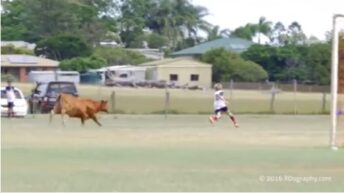