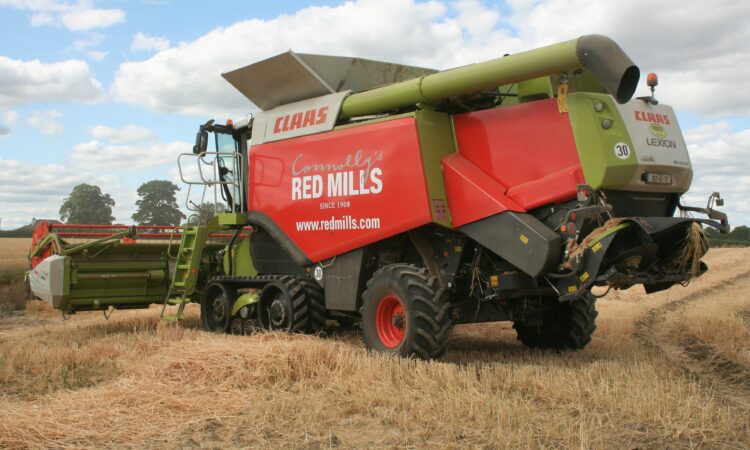 AgriLand paid a visit to James O’Reilly of Ballyragget, Co. Kilkenny, to find out why he opted to replace one large rotary-type combine harvester with two straw-walker machines.

We also asked James why he chose tracks instead of wheels and how such decisions ultimately impact on the business of growing and harvesting grain here in Ireland.

This video (below), shot by John, captures all of the action and the insights gained by James following decades of experience of tillage farming.

In this footage, James briefly explains the reasoning behind the decision – in 2016 – to choose two Claas Lexion 670 Terra Trac machines and why he believes tracks are a better option than wheels.

He first came across tracked machines in the US many years ago. He explained: “We went with tracks back in 2003. I originally saw [combine harvester] tracks out in the US when I worked there as a student, where I was literally ‘ploughing’ the fields with dual wheels.

“We got a contractor in with a tracked Claas combine. Two years later we were making a change on the farm [here in Ireland] and I insisted that we went for a tracked machine, despite the dealers trying to influence us not to [at that time].

The tracks are narrower on the road, so your mobility on the road is great. They’ve certainly become a lot more fashionable, due to the fact there’s less compaction.

“Here on the farm we don’t plough; we haven’t ploughed in 19 years. We’re min-til, so avoiding compaction is a must.”

He also talks about other key topics, including the importance of having sufficient ‘combine capacity‘ – and its wider impact on the farming business as a whole.

His other comments are especially apt this year; he describes 2018 as “a year of two extremes, from severe rain and snow to hot, baking sun”. 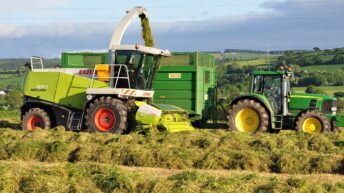