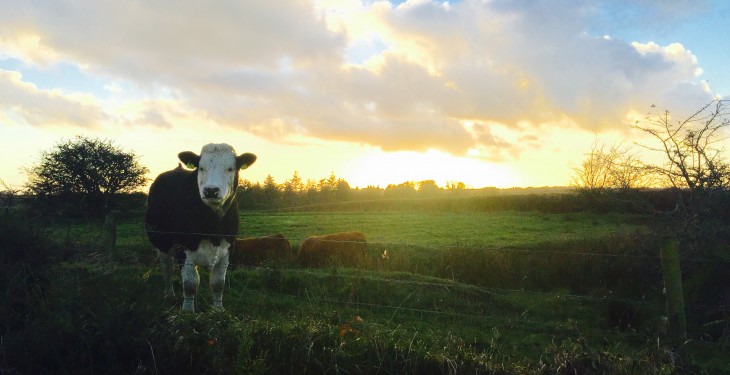 Given that the BPS and Greening Payment are new schemes, the Department of Agriculture has outlined a number of issues which will be of relevance in understanding your BPS payment received to date in 2015.

Following the agreement on the Reform of the Common Agricultural Policy reached in 2013 changes were made to the Direct Payments regime.

Some 30% of the National Ceiling envelope available to Ireland was set aside for the Greening Payment.

A further 2% will be utilised for payment under the Young Farmers Scheme, while 3% of the Basic Payment Ceiling will be used to fund allocations from the National Reserve.

Therefore, payments to individual farmers will change in 2015.

The payments which are issuing now (ie mid-October) are advance payments.

This year, advance payments of 70% are issuing where files are cleared for payment at this time.

The next instalment of payments will commence on December 1, 2015, with a smaller balancing payment then issuing in 2016.

Any farmer who was eligible to receive a direct payment (Single Payment, Grassland Sheep Scheme, Burren Life Scheme, and Beef Data Programme) under the 2013 scheme year had an automatic right to establish entitlements under the new Basic Payment Scheme in 2015 provided a valid application was submitted in 2015.

The number of entitlements allocated to a farmer under the Basic Payment Scheme is based on the number of eligible hectares declared by the farmer in 2013 and 2015, whichever is lesser.

Farmers who hold entitlements with a unit value below 90% of the national average value will be increased by one-third of the difference between their starting value and the 90% level over the five years of the scheme.

Farmers who hold entitlements with a unit value over 100% of the national average value will see their value decrease over the period of the scheme. The reduction will be determined by the amount needed to fund the increase for those whose entitlement value is being increased.

By 2019, all entitlements will have a minimum value of 60% of the national average value.

As all entitlements are subject to convergence towards 90% of the 2015 national average, the value of your entitlements may slightly alter as the processing of entitlement allocation is finalised in respect of other farmers.

In addition, the position may change if you are awaiting the transfer of entitlements or an allocation from the National Reserve.

The Greening Payment is a separate scheme and is paid as a percentage of the total value of payment entitlements for which you have declared an eligible hectare (activated).

The percentage used for the calculation of the Greening Payment is 44.1656%. The figure may change slightly when the final definitive balancing payment is made during 2016.

Once calculated, the Greening payment is integrated as one payment into the BPS payment.

In the vast majority of cases, there will be no deductions applicable with the exception of Financial Discipline, which is applied to all payments in excess of €2,000. There are a number of deductions, which may apply in individual cases and include the following.

(i) Over-declaration of eligible areas

If you have included ineligible areas or features in the area you declared for payment and an over-declaration is established you may or may not have reductions and penalties applied to your payment.

An over-claim letter will issue in such cases, detailing the areas over-declared. Further information on the application of deductions and penalties that are referred to in this and subsequent paragraphs can be accessed on the Department’s website.

If it is established that you did not declare a land parcel(s) which you farmed in 2015, you will be subjected to an under-declaration penalty if the area not declared was more than 3% of the area claimed.

If you declared arable land in excess of 10 or 15 hectares you were obliged to comply with provisions relating to Crop Diversification and Ecological Focus Areas. If it was established that you were fully or partially non-complaint with one or more of these requirements, the EU Regulations provide that deductions are applied to the Greening Payment.

In the implementation of the BPS in Ireland, a decision was made to cap payments at €150,000. Any payment under the BPS in excess of that amount will be reduced to €150,000 and may be subject to other reductions referred to in this document. This ceiling does not impact on the level of the Greening Payment.

The Financial Discipline deduction will be applied to the balancing payment as the rate fixed by the EU Commission will not be finalised until late October 2015.

Under the EU Regulations, the first €2,000 payable under the Direct Payment Schemes is exempted from the deduction. In the event that the Crisis Reserve is not activated in the financial year, or it is not fully utilised, the balance not used is refunded to farmers in the subsequent financial year.

The Financial Discipline deduction applied under the 2013 Single Payment Scheme was refunded to applicants in June of this year.

All applicants under the Direct Payment Scheme must comply with the Statutory Management Requirements (SMRs) and Good Agricultural and Environmental Condition (GAEC) standards as detailed in Annex II of EU Regulation1306/2013. If an applicant is found to be in breach of Cross Compliance a reduction can be applied to his or her payments.

Should you require any further information, some useful contact information is set out below: