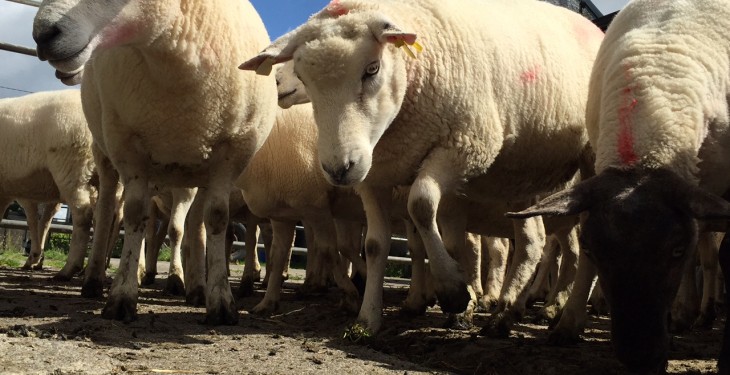 Some 14 sheep farmers in England have been reunited with their sheep that were stolen between 2010 and 2013 after picking them out of a line-up.

Some 116 sheep were identified by their farmers from the line-up.

The farmers affected are from North Yorkshire, Cumbria and County Durham in England.

Three farmers went on trial recently at Teesside Crown Court charged with conspiracy to use sheep which they knew to be stolen, the Cumberland and Westmorland Herald reports.

It reports that the three farmers, Charles Neville Raine (66), Stainmore Road, Bowes, Phillip Albert Raine (46), and Shirley Straughan (41) both of Hazel Gill Farm, Bowes, pleaded not guilty to conspiring to use criminal property, namely sheep between 2010 and 2013.

Sam Faulks of the prosecution said that Hazel Gill Farm became a safe house for stolen sheep, the paper reports.

The court heard that the ear tags and horn burns on the sheep had been removed.

Faulks said that the defendants deny that they knew that the sheep were missing.

“Further, they do not accept knowing that interfering with sheep markings was illegal,” he said.

Speaking about the area where the sheep were stolen from Faulks said that in that corridor, you are blessed with a dual carriageway and a view of some frankly desolate countryside.

“You may not have given that area another thought, other than how bleak the place looks.

“You may be thinking not a lot happens here. You would be wrong. That corridor is alive with sheep farming,” he said.

The case is to continue.