UK general election comes at an ‘uncertain time for farming’

The UK goes to the polls on Thursday, June 8, in what is now widely regarded as a second referendum on Brexit.

The outcome of the election will have major implications for agriculture in Northern Ireland.

Commenting on these developments, Ulster Farmers’ Union (UFU) President Barclay Bell said that the decision to call a general election has come at an uncertain time for the farming industry.

“With our own assembly stalled, farmers are rightly worried about the Brexit negotiations and what they will bring for farmers and food processors.

“Even before the election was called we had a political vacuum in Northern Ireland. Despite that, the entire agri-food industry is responding to the Brexit challenge.

In the UFU we are developing a post-Brexit vision for farming and food and hopefully, after the general election, the new government will do the same.

The UFU is expected to launch its Brexit strategy document at this year’s Balmoral Show, which takes place during the second week of May.

Meanwhile, Sinn Fein MLA Caoimhe Archibald has said food security must be a priority in the context of Brexit negotiations. The party’s Agriculture Spokesperson in the north said the party has grave concerns regarding poultry imports from Brazil.

“In 2016, a total of 184 international notifications were received concerning products of Brazilian animal origin,” he said.

“Yet the European Commission has repeated its intention to conclude a free-trade agreement with the Mercosur block, which includes Brazil, as soon as possible.

The Brazilian meat scandal highlights the difficulties that would have to be navigated in negotiating trade agreements.

“Food security must be a priority and cheap food imports must not be a trade-off in return for access to other markets.

“Given the importance of the agriculture and agri-food sectors to our economy, this is one of the many arguments as to why specially designated status within the EU makes sense for the north,” the Sinn Fein representative said. 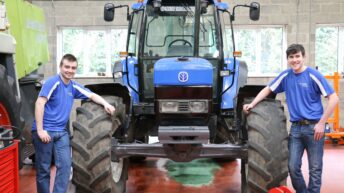