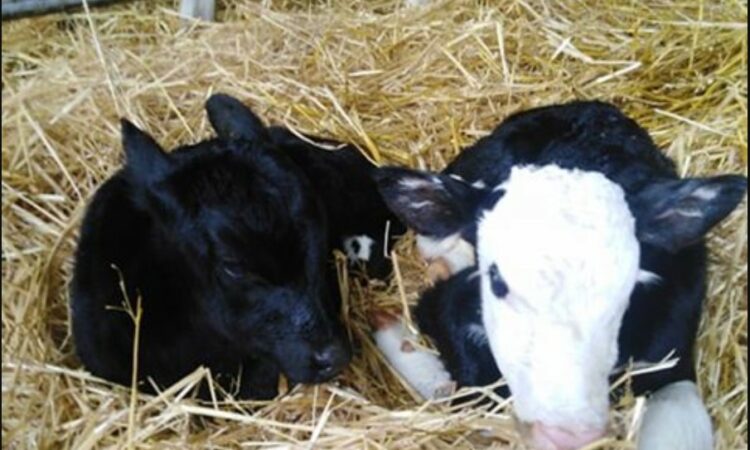 Twin calves with a twist were born at 12:00am last night, according to one Tipperary farmer, with black following brown and white for a novelty of the night.

The farmer’s Friesian cow gave birth to two healthy heteropaternal twin bull calves – one a Hereford and the second an Aberdeen Angus.

The farmer, Michael Kennedy from Templemore, Co. Tipperary, got in touch with AgriLand to explain what happened.

“We’ve been calving cows a long time now and we’ve never seen it before. But it’s definitely a little black Angus calf and the other one is definitely a Hereford. Both bull calves.

I had a bit of trouble getting the second one out, the little black one, the head was down – but the minute they landed out they were fine. And they’re hardy out now, up and drinking, so they’re going grand.

“The cow is walking around but she knows she had them!” 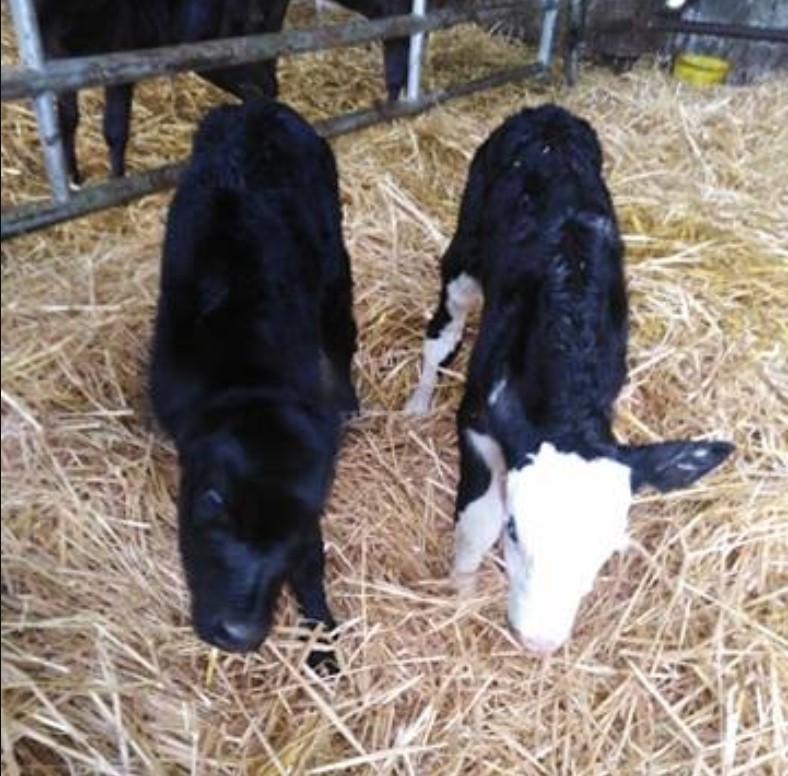 “If the two of them bull her within a few hours of each other, it has been known to happen but it’s rare enough.”

Commenting on his plans for the pair Michael said: “We’ll wean them and sell them when the time comes. If anyone wants to buy them as a novelty they will be for sale.”

Interestingly, this is the second such case to come to the attention of AgriLand in the past two weeks, with a farmer in Co. Cavan also experiencing the novelty of such twins, in his case having used AI technicians.

According to a recent report by the Irish Cattle Breeding Federation (ICBF) the term “heteropaternal twins” refers to twins with different sires. 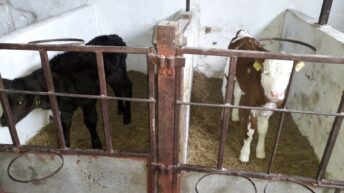