Tool or toy: Is this miniature loader a practical option? 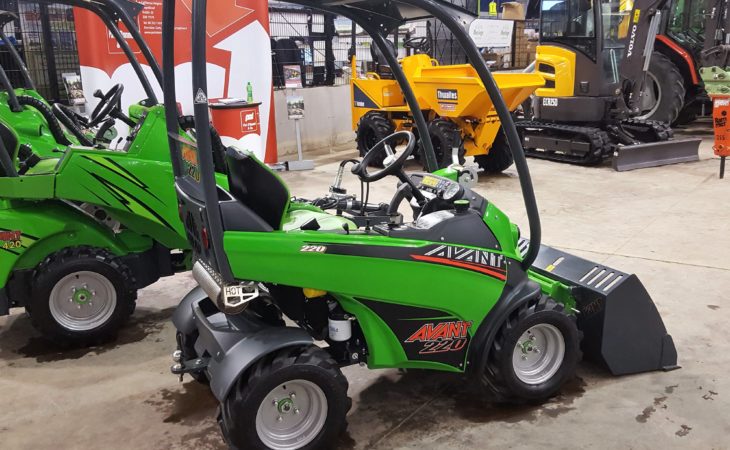 This pint-sized machine was spotted by AgriLand at a recent farm machinery exhibition in Co. Cork. It’s an Avant (Tecno) 220 – one of the smallest loaders in the Finnish firm’s line-up.

It’s a miniature pivot-steer (articulated) machine; it has a modest yet usable lift capacity of 350kg.

Due to its diminutive stature, it’s actually powered by a petrol rather than a diesel engine; its Kohler (spark-ignition) powerplant can muster 20hp. 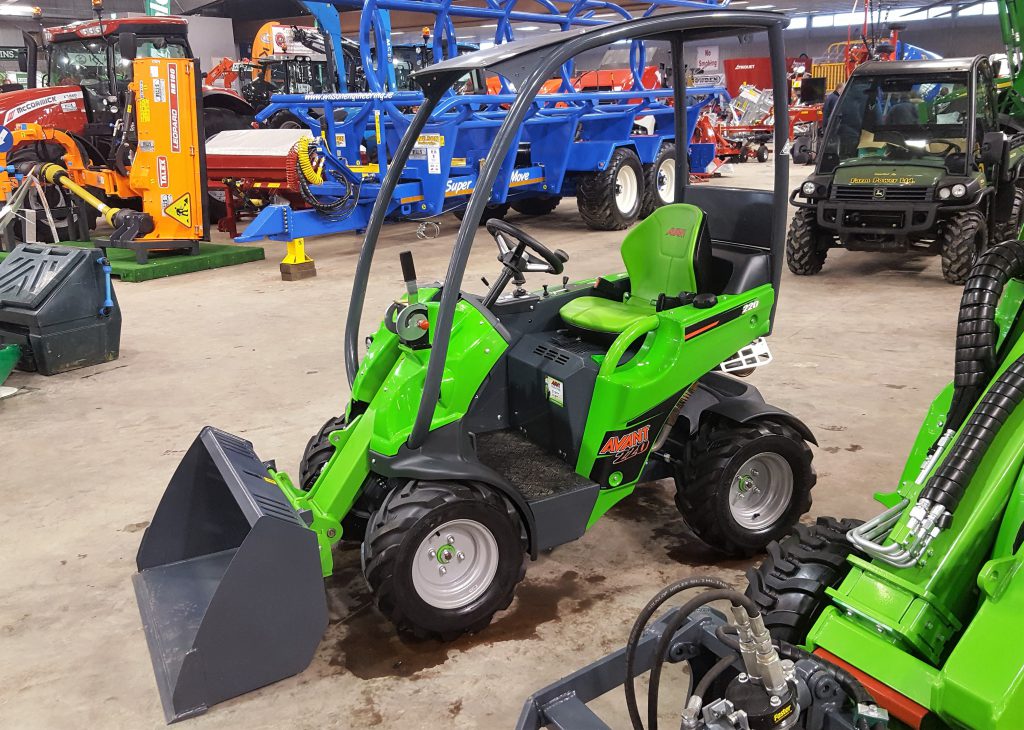 Drive to the four wheels is via a hydrostatic system, as is the case with most miniature and compact loading shovels and handlers. 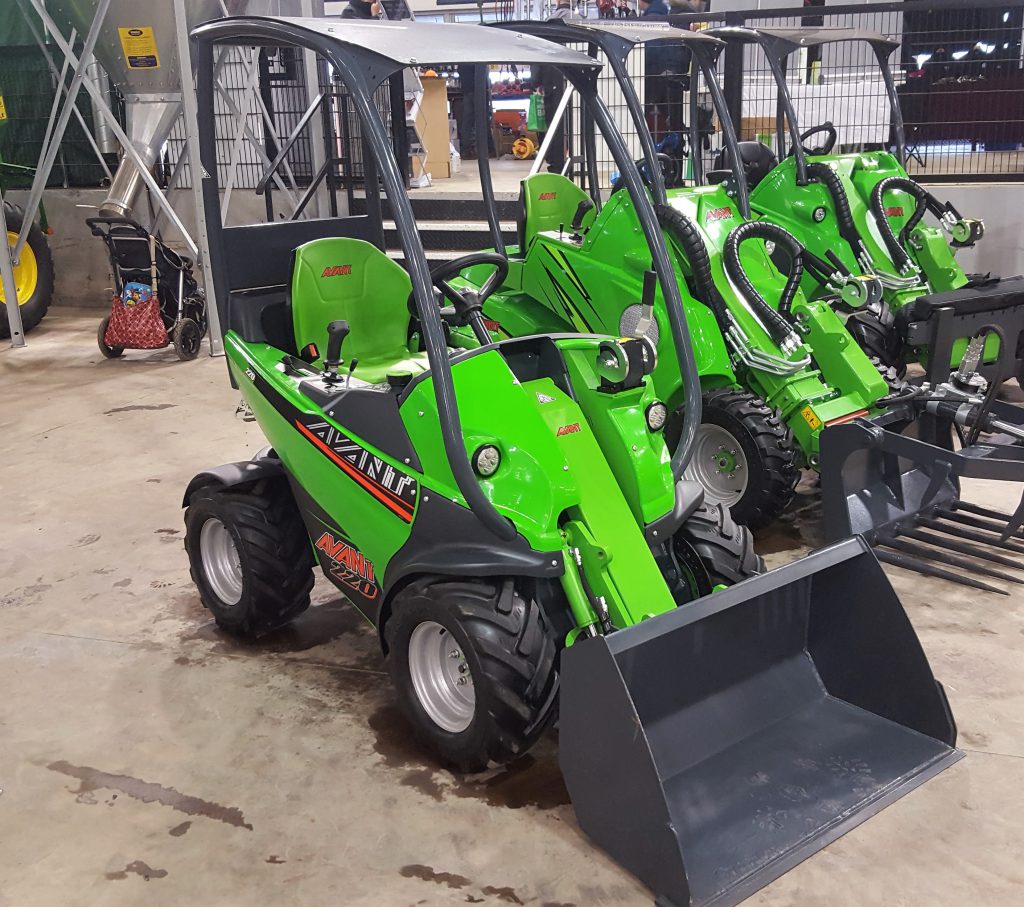 The 220 weighs just 700kg. Depending on the attachment (up front) and tyres fitted, it can be configured to be less than 1m wide – enabling it to squeeze through crazily-narrow openings.

In ‘standard’ guise, it comes with a four-post canopy – to ward off the worst of the Irish weather.

Avant says that it is a potentially useful machine – of course, it would say that – considering that nearly 100 different attachments are available for it. It also comes with a ball hitch on the back.

Somewhat unusually, the driver sits on the front section of the articulated frame. That contrasts with many competing pivot-steer loaders and handlers (where the driver’s seat is perched on the rear section). This does result in a slightly “different” driving experience depending, of course, on what you’re used to.

Because the 220 is so short (and because the driver’s seat is so far back), you almost have to look twice to realise that this is actually a pivot-steer machine.

The importer for Avant Tecno equipment in the Repubic of Ireland is Pat O’Donnell & Co – better known for its involvement with Volvo CE. The Northern Irish agent is Essener Equipment.

Who or what is Avant Tecno?

Avant Tecno hails from Finland. Since 1991, the company claims to have manufactured more than 45,000 loaders at its plant in Ylojarvi.

It sells its wares to more than 50 countries around the globe.

The development of Avant loaders began over a quarter of a century ago. Hardship associated with feeding cows inside restrictive sheds prompted the advent of the earliest machines.

Previously, it says, such jobs were done with a “wheel-barrow and shovel [or fork]”.

In its first year of production, Avant sold 80 machines. The first articulated loader arrived in 1995. This opened up new markets – beyond farming, such as landscaping and green area maintenance. Sales increased to 80 loaders per month. 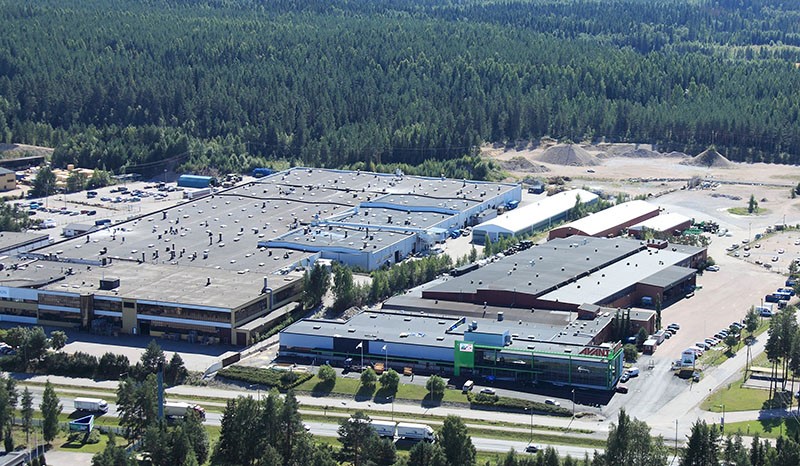 Nowadays, Avant has eight model series and umpteen attachments. Engine power ratings stretch from 13hp up to 57hp. Sales have increased to 80-90 machines per week.

From the early years’ production rate of one Avant per day, the factory is building one loader per hour – in two shifts.

Frame components have been welded by robots since 2007. In fact, eight automatic robotic welding stations are in use today. 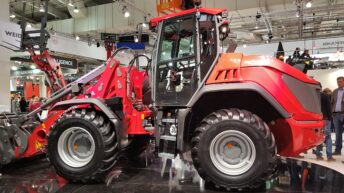