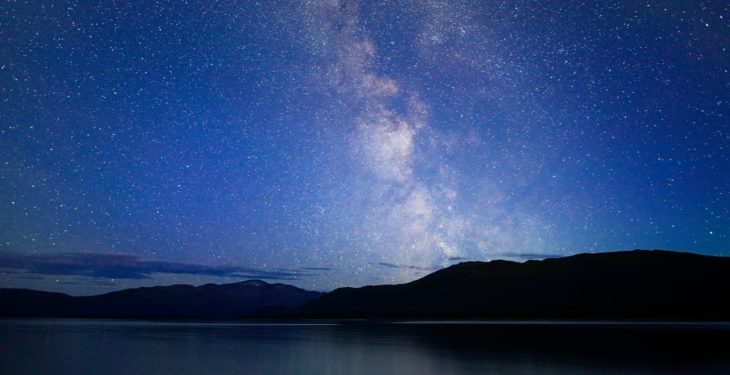 A farm outside Mullinahone, Co. Tipperary, sowed the seeds of a fascination that led to the making of a documentary on the Voyager space programme, which has been receiving rave reviews around the globe.

Emer Reynolds, director of the award-winning ‘The Farthest‘, told AgriLand how Mohober House’s night sky left her dazzled and “in awe of the visible smudge of our Milky Way galaxy overhead.”

Reynolds, an Emmy-nominated multi-award winning documentary director and feature film editor, is the force behind ‘The Farthest’.

It tells the story of the small spacecraft, Voyager I and 2, that was launched in 1977, revolutionising planetary science.

The documentary marks the 40th anniversary of NASA’s iconic mission that continues to this day.

It also tells the story behind how astronomer Carl Sagan and his team chose Chuck Berry’s ‘Johnny B. Goode’ and other music for the golden record ‘Sounds of Earth’, carried aboard the Voyager spacecraft.

“When we were growing up, my sisters and I spent all our school holidays on my uncle, James Brady’s, farm just outside Mullinahone.

“Our mother sadly passed away when we were very young. So, our aunts and uncles in Tipperary and Meath, would kindly take care of us during our holidays, when our dad had to work.

“We spent very happy times with the O’Reillys in Kildalkey, Co Meath, and with the Hallinans in Knockalton, near Nenagh, where my dad was from.

“Most of our time though was spent on my aunt Veronica and uncle James’s farm at Mohober House, Mullinahone,” Reynolds said. 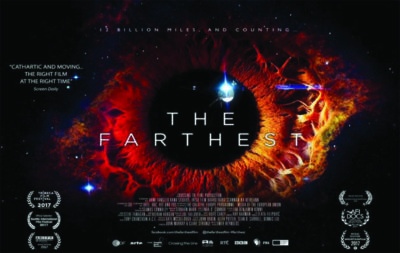 “It is now farmed by John O’Halloran of Glenwood Blondes, who keeps a herd of majestic and serene Aquitaine Blondes on the farm.

“Visiting them now, the Blondes with their gracious, pale, dusty coats look so different to the hardy and boisterous Friesian cattle that used to populate the fields, with the occasional Jersey thrown in.”

The Reynolds clan, she said, certainly tried to help. “I’m not sure we were much use, but we were definitely enthusiastic.

“We loved all the animals: the cattle; the calves; the chickens; and all the beautiful kittens, who would appear and disappear all year, as though like magic,” said Reynolds who most recently directed ‘Here Was Cuba’, a feature documentary on the Cuban Missile Crisis.

We helped with the milking, which in the 70s was done by a small two-cow hand-attached machine. We took the churns into Mullinahone, to the local creamery, on the back of a small trailer.

“We adored the activity around harvest-time when all the neighbours would come together to bale the hay and make the silage. We picked raspberries and gooseberries for my aunt Veronica’s jam, although usually eating more than we collected.

“We donned rubber gloves to happily pick nettles at dawn in winter, for the turkeys. We wandered for mushrooms in the fields and got shocked frequently by misunderstanding the electric fences and my uncle James’ wicked sense of humour.

“We dined on the best soda bread in Ireland, and looked forward to our weekly trip to Mass in Callan, which was a great adventure. It was heaven for us ‘Jackeens’, to roam around, free as birds. A blissful time,” said Reynolds.

A fascination with space began on those farm stays. “Mohober House’s sky at night was the opposite to the skies over our home in Dublin. We would drive to Tipperary in our old Hillman Hunter, my dad doing maths puzzles with us all the way, just for fun.

“As night fell, the dark, dark skies overhead would reveal the sparkling cosmos. I was dazzled and in awe of the visible smudge of our Milky Way Galaxy overhead.

I would spend hours lying on the grass, staring into the blackness. I was dreaming of tumbling through space, hurtling along at 67,000mph, clutching onto a fragile blue planet.

“Aliens, horse-head nebula, star nurseries and time-travel, and exotic distant worlds filled my head as a child. They still do in fact.

“The film is a love story to that awe and wonder I first felt as a child in Tipperary,” Reynolds said.

The epic space movie ‘The Farthest’ is currently showing at: the IFI and Light House, Dublin; the IMC, Dun Laoghaire; Movies @ Dundrum; IMC, Galway; The Limetree Theatre, Limerick; and The Gate, Cork. 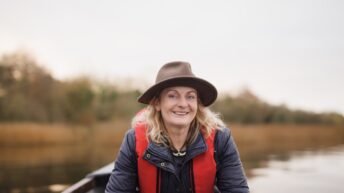