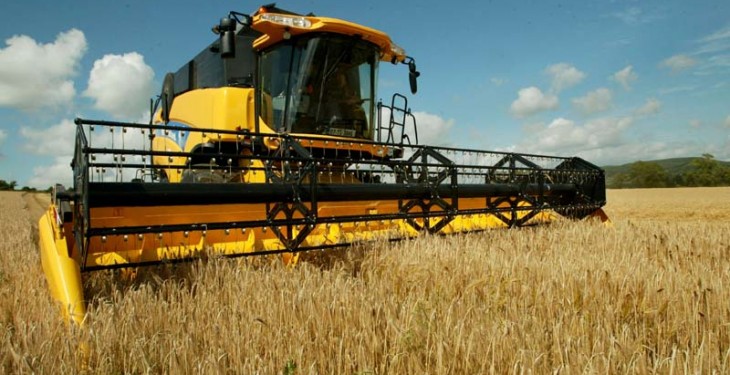 According to the IFA, early reports from the winter barley harvest are very disappointing with yields down anywhere from 0.5t/ac to 1t/acre on last season.

It is estimated that approximately 5% of the winter barley crop has been harvested to date. The IFA says yields are very variable ranging from 2.5t/ac to 3.5t/ac with only some pet fields yielding 3.8t to 4t/ac.

The expectation in Cork is that yields will struggle to average 3.2t/ac, according to the IFA update. It says in the North East there is less cut and indications are that many crops are struggling to do 3t/ac but they are hoping that when they get further into the crop yields will be slightly better.

IFA expectations are that the national average yield for crop 2016 will be close to 3.2t/ac which is considerably below last year’s average of 3.9t/ac.

The fall in yield alone before factoring in a price drop will whip approximately €7m out of winter barley grower’s pockets, it says.

Based on Teagasc crop costings and working off forecast yields growers need to achieve a price of €152/t to break even.

Given today’s price quotes growers working off their owned ground will lose close on €100/ac, the IFA says.

IFA President Joe Healy has said that political inaction is accelerating the demise of Irish cereal farming, as prices for the fourth successive year fail to cover production costs.

Healy said exceptional grain yields over the last two seasons have failed to halt the decline as farmers struggle to cope with a combination of low grain prices, expensive inputs, falling Direct Payments and increased compliance costs due to greening.

In addition, he said Ireland’s dysfunctional banking system is forcing farmers to pay non-competitive interest rates or depend on expensive merchant credit.

“The EU Commission must move to abolish anti-dumping and customs duties immediately as this would introduce much needed competition into the EU’s fertiliser market which is currently highly protected.

“Fertiliser prices have increased at a disproportionate rate to other inputs and now account for up 40% of variable costs compared to 17% or less 15 years ago. The EU’s Competition Authority must also examine why European farmers are forced to pay significantly more for plant protection products.

“In addition, greater flexibility must be given under greening to take account of practical difficulties arising from Ireland’s fragmented farming system and moist climate.

“Many Irish farmers are forced to rely on expensive merchant credit because of Ireland’s dysfunctional banking system.

“The Government must do more to create a properly functioning banking system to give farmers and SMEs access to competitively priced funds. Currently Irish farmers are paying a significant premium for overdraft and term loans, while on the continent many EU farmers can source money at rates closer to 1% to 2%,” he said.