‘The model of one farmer is very isolating and not resilient’ 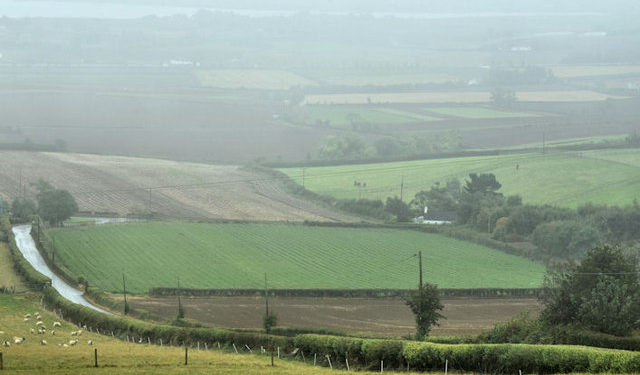 “The model of one farmer is very isolating and not very resilient if anything happens.” That’s the perspective of Fergal Smith of Moy Hill community farm which is located near Lahinch, Co. Clare, and which was purchased in a crowdfunding campaign.

“I also feel that farming has huge potential for employment when farmers sell direct and cut out the middle man. It is also a really rewarding profession that young people would love, if there were more supports to get into regenerative farming,” he continued.

“We need thousands of new farmers going into the future and we want to create a farm that tries to employ more people,” said Fergal. 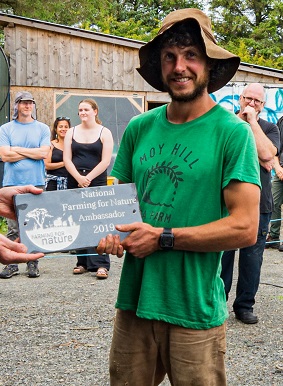 The plan is to run the farm using holistic management, he said.

“Moy Hill farm is a regenerative agriculture farm. We currently manage 66ac of land. We run two ‘no dig’ market gardens, both with roughly 100 30m beds in each, and four tunnels.

“This is currently our main enterprise,” said Fergal, who grew up on an organic market garden outside Westport, Co. Mayo. He has just been announced as Farming for Nature’s August ambassador.

“We run a mixed farm. As I have a background in market gardening, we started with that. Now we have Dexter cows; Jacob sheep; a few pigs which we have been using to clear rough land over the past seven years; and 160 turkeys for Christmas,” he said.

“We have planted 300 mainly apple trees. We have also planted 26,000 native trees in a range of different ways, mainly as hedging around fields, then thicker hedges on the westerly edges for wind protection and some agro forest tree lanes where we planted lines of trees and graze between,” Fergal said.

I am really focusing on the land regeneration which requires more animals and that is my focus for the future. Hopefully, we will have a flock of laying hens for next year that will follow the bigger animals around the pastures.

“I came across the work of Alan Savory four years ago and have done training with 3LM, founders of the Savory network hub in the UK and Ireland, over the past few years.

“This is, to me, the best framework for managing complex systems such as farming and we hope to become a Savory hub in the future.”

We have a very strong connection with the local community. All our sales are through direct selling models such as: community supported agriculture [CSA]; market; farm shop; REKO ring, an initiative that connects farmers directly to loyal customers; NeighbourFood; and local restaurants.

“Outside of regenerating land, education is our other focus. We offer this through internships and open work days and we are building a farm system that needs more employees, as an alternative to being a standalone farmer,” said Fergal. 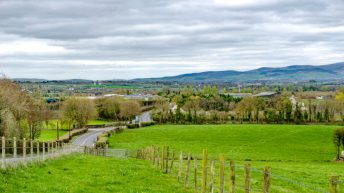 Department announces over €700,000 in support of social farming