Following an investment of €320,000, Teagasc has today unveiled its newly-extended advisory office in Midleton, Co. Cork.

The investment in the extra office space was necessary as some of the staff who had moved from Farranlea Road in Cork in 2010 were accommodated in portacabins, according to Teagasc.

Serving a farming area which extends from Youghal to Kinsale, up to Ballinhassig and to Knockraha and Glanmire, the Teagasc office in Midleton deals with a range of dairy, drystock and tillage farmers.

The office’s activities include 18 farmer discussion groups, 11 of which are in the Department of Agriculture, Food and the Marine’s Knowledge Transfer Scheme.

In total there is some 284 farmers in discussion groups which are facilitated from this office, with around 150 discussion group meetings held on farms each year, Teagasc added.

As well as this, six farm walks and 3 seminars are organised each year. These events attract a total attendance of over 2,250 farmers, it explained.

Commenting at the opening of the new office – which was unveiled by the Minister of State for Equality, Immigration and Integration, David Stanton – Teagasc Director Professor Gerry Boyle the importance of such advisory offices.

The local network of Teagasc advisory offices and education centres around the country provide critically important infrastructure from which the organisation delivers its effective knowledge transfer programmes in advisory and education.

Meanwhile, the regional manager of Teagasc Advisory in Cork East, Ger MacMahon, said; “We have over 950 farmer clients serviced from this office, half of which are dairy farmers and a quarter each of drystock and tillage enterprises.

“In addition 90 students are currently enrolled for Distance Education courses. I am very pleased with this excellent facility for staff and for over 1,800 consultations that take place in the Midleton office each year.” 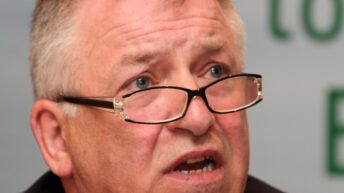