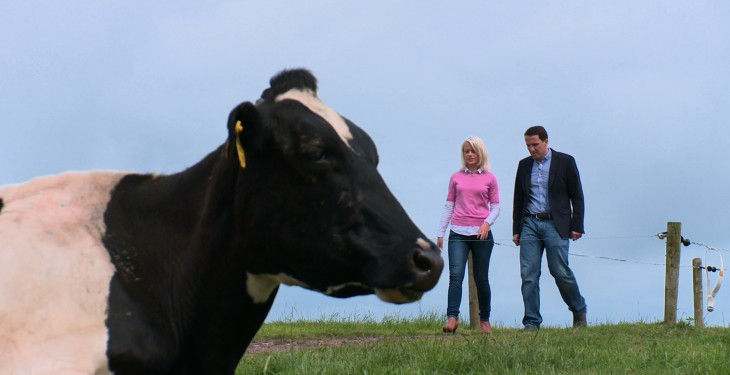 The broadcast  is on new research into the viability of using sexed semen in Ireland, which allows farmers to determine the sex of their calves, has been carried out to examine the potential impact on the dairy and beef industries. According to Teagasc, conventionally there is a 50/50 chance of male or female offspring but, in the dairy industry, female offspring are more desirable than male offspring. Dairy farmers using sexed semen will be able to increase the numbers of heifer calves born and reduce the number of unwanted male dairy calves.

RTE Presenter Kathriona Devereux meets Teagasc researchers who are heading up a €1m project with ICBF and US-based Sexing Technologies to establish the viability of using sexed semen in Ireland, and speaks to farmer Kevin Twomey about the importance of this type of ongoing research, particularly in light of facilitating the 50 per cent increase in milk output as set out in Food Harvest 2020. Food Harvest 2020 is the industry-led strategy, supported by Government that sets out the ambition, vision and targets for growth of the agri-food sector towards 2020.

Dr Stephen Butler, Teagasc in the Animal and Grassland Research and Innovation Centre, Moorepark, Fermoy, Co Cork explained: “Offspring gender is determined by the male sperm cell. A sperm cell contains either an X or a Y chromosome. Sperm with an X chromosome results in female offspring, and sperm with a Y chromosome results in male offspring. Sexed semen refers to the sorting of X and Y chromosomes, but does not involve any genetic manipulation. The process used is a specialised version of fluorescence-activated cell sorting. In cattle, sperm containing an X chromosome have 3.8% more DNA than sperm containing a Y chromosome. This feature is used to sort the X and Y bearing sperm.”

By sorting the sperm cells, the normal 50 per cent chance of a female calf is increased to 90 per cent, albeit at reduced initial conception rates. Good fertility is essential in seasonal-calving pasture-based systems, as practiced in Ireland. A decrease in conception rates may make sexed semen unattractive. A study conducted in spring 2013 compared both fresh and frozen sexed semen against an unsexed control treatment. There were 15,200 inseminations carried out on cows and heifers.

According to Dr Butler: “Sexed semen has enormous potential, but also many potential pitfalls exist. The biggest limitation currently is the reduction in conception rate achieved with frozen sexed semen compared with conventional semen. Availability of fresh sexed semen may improve the situation by avoiding the stress associated with the cryopreservation process. Using fresh rather than frozen semen also creates challenges in terms of distribution and short shelf life, but the seasonal nature of Irish dairy farming suits fresh semen usage because there is a concentrated period of demand.”