Taoiseach and top brass to feature on ‘Ploughing’ Day 1 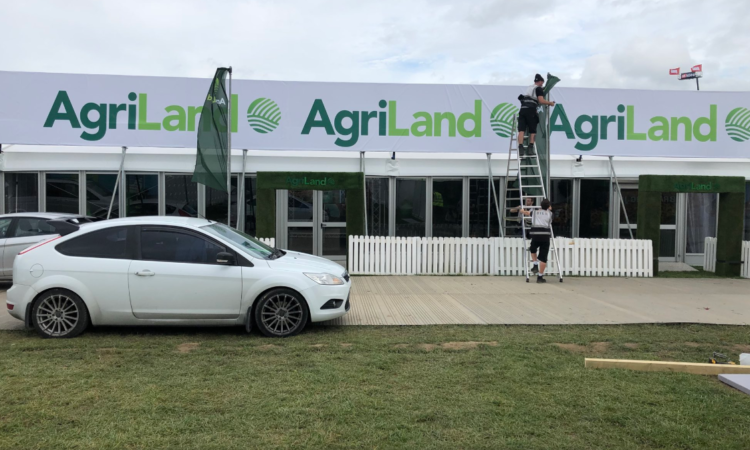 Day one of the National Ploughing Championships 2018 will be broadcast live across all AgriLand channels throughout the day tomorrow (Tuesday, September 18).

A strong line-up will gather at the AgriLand stand in Screggan, Tullamore, Co. Offaly.

We will also broadcast a pre-recorded interview, in which AgriLand presenter Claire McCormack discusses key topics with An Taoiseach Leo Varadkar.

In addition, leaders from many of Ireland’s farming organisations will partake in a panel discussion.

This discussion will kick off from 12:25pm tomorrow.

Next up will be a panel talk on farm safety – which will include Pat Griffin, senior inspector with the Health and Safety Authority (HSA), and well-known farm safety advocate and farmer Pat Gohery. This talk will get underway from 1:35pm, live from the AgriLand stand.

This discussion will start at 1:55pm.

John Connell – author, journalist and livestock farmer from Co. Longford – will then take to the stage to talk to Claire about his recently-released book ‘The Cow Book’, which has proven very popular across the country.

An Taoiseach Leo Varadkar’s interview will then be broadcast at 2:20pm.

Finally, a discussion on the future of farming will get underway, featuring a panel consisting of: former IFA president Eddie Downey; former Glanbia chairman Henry Corbally; and former ICMSA president John Comer. This will kick off at 2:45pm.

In addition to all of this, the latest from the ploughing classes will be broadcast throughout the day, covered by AgriLand tillage expert Siobhan Walsh.

Sponsors of the AgriLand live broadcast – FBD, Lely, the Irish Angus Producer Group and the Health and Safety Authority (HSA) – will also feature throughout the day, as AgriLand pays a visit to their stands with some key attractions to look forward to in each.

Celebrity chef Catherine Fulvio will be cooking up a storm in the FBD tent, showing a live cookery demonstration; meanwhile, a demonstration of a different kind will feature at the HSA stand, where quad safety will be the key focus.

The five finalists of the Certified Irish Angus Beef Schools Competition, run by the Irish Angus Producer Group, will be introduced to their new Irish Angus calves at the group’s stand.

Finally, Lely will be keeping viewers in suspense with the announcement of new product offerings at its site tomorrow.

AgriLand will be fully prepared for the ‘Ploughing’ – with its high-tech marquee set up and rearing to go bright and early tomorrow morning.

As official live-stream partners of the National Ploughing Association, plenty of discussion, debate and in-depth analysis is guaranteed throughout the three-day event.

One and all are more than welcome to join us and partake in the action first-hand at the AgriLand stand at: Row 14; Stand 300. 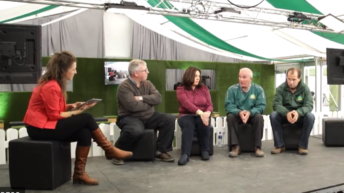