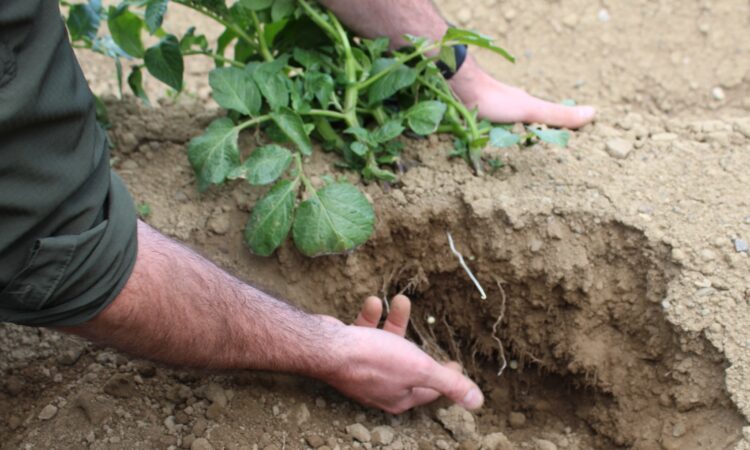 All potato crops are now coming under severe moisture stress, according to Tom Keogh, a director of the north Dublin-based Keogh’s Crisps business.

“We grow 400ac of potatoes annually for a mix of crisp and fresh-table consumption,” he said.

“The area that we are in accounts for 60% of the fresh produce sold in the Greater Dublin Area. This is due to the proximity of growers to Ireland’s largest, single market; plus, the quality of the soils available to farmers and the region’s relatively dry climate.”

Keogh hosted a recent farm visit for members of the Guild of Agricultural Journalists.

“In a normal year we would not have to irrigate potato crops. But this is not the case in 2018,” he explained.

We have not had rain since the second week of April and with potatoes now reaching the critically important hook-stage of growth, irrigation is vital to prevent scab problems from developing.”

Keogh added that a pecking order has been put in place when it comes to determining which potato crops receive priority, from an irrigation perspective.

“Table varieties, such as Maris Piper, are at the top of the list with those destined for crisp production at the other end of the spectrum. This is because skin finish is not of fundamental importance when it comes to the crisping operation,” he said.

“We can access the water we need for irrigation from local rivers and an underground well at the home farm.”

Keogh indicated that weather conditions over the coming weeks will determine the size of the 2018 potato crop in Ireland.

“Even at this stage I would be confident enough in predicting that yields will be well down this year. It will take an awful lot of rain to bring our soil moistures back to near normal levels,” he said.

“And the same drought pressures are impacting on growers right across Europe. This will have an impact on potato prices later in the year.”

One upside to the current dry spell is the reduced blight pressure on potato crops.

“Last year we were spraying crops every week,” he confirmed.

“We could probably push that out to 15 days, given current conditions. But blight pressure is a combination of climatic conditions and the size of a crop’s canopy.

“Crops have still a lot of growing to do prior to harvest. And who knows how the weather might fare over the coming weeks?” he concluded. 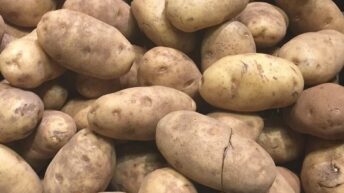