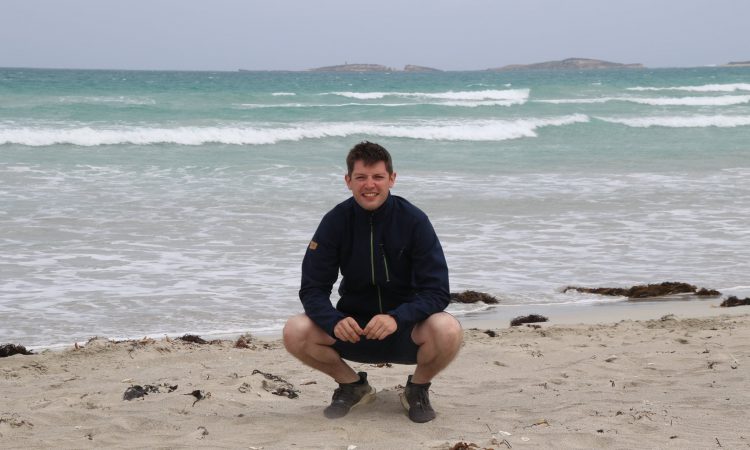 There, one can expect to see plenty sun, sea and for two west Cork men – sustainable farming, too.

In the second of this three-part series which you can read below, Shorten detailed the process of how he, along with Adam Power, travelled to Australia to work on the harvest at Arkle Farms for the next four months.

Also Read: Cork to Oz during the pandemic: ‘Harvest 2020 better be worth it’

The men were successful in getting the necessary exemptions, they travelled from Dublin to Perth and now have jobs awaiting them post-quarantine. How will Shorten and Power be contributing to sustainable farming in their new jobs? AgriLand has documented this in the third and final part of the series.

The farm in Australia that Shorten will be working at for the next four months is certainly different from the dairy farm he grew up on in west Cork.

The agricultural technician, along with his colleague, Power, will work at Arkle Farms in Western Australia, owned by the Cowan family.

Shorten worked for CLAAS UK as a tractor specialist for two years – which is how he ended up working on the same farm in Oz this time last year, too.

During lockdown, he had been in touch with the farm and found it was having issues – it had bought two more combine harvesters, making the total seven, and had taken over a second farm. It needed more staff, but due to the pandemic, it couldn’t get staff from overseas.

Shorten was asked if he could return to Oz to train the staff the farm had taken on within Australia. He brought Power with him.

“Between barley, wheat and canola (rapeseed), there’s 21,000ha to harvest,” Shorten explains, as he looks ahead to the work that awaits him once he is out of his 14-day quarantine in a hotel in Perth.

“There is also 3,500ha devoted to land for livestock. Each paddock is fenced with sheep wire; and some 25,000 sheep are able to roam the fields grazing on the weed seeds on the tramlines. The sheep are sheared just after the harvest in January.”

The farm also has 350 Aberdeen-Angus bulls, to be ready for sale in February, according to Shorten.

Advertisement
Interestingly, the farm is also home to a bull – ‘Millah Murrah Paratrooper 15’ – for which the highest ever price was paid for an Angus bull during auction; along with being the sixth most expensive bull to be sold in Australia. The Cowan family paid AU$160,000 for the bull.

Sustainability on the farm

While the work may seem intense, Shorten says that sustainability is a big component of the farming there.

“A control traffic system is used to minimise soil compaction. All combine harvesters, tractors and even the chaser bins are on tracks instead of wheels,” Shorten explains.

“The tracks are 3m apart and John Deere GreenStar autosteering is used so everyone travels the same tramline. This helps protect the soil, which is very sandy as we are next to the coast.

“Chaff decks are then used on the back of the combine harvesters; so, any seeds passed through the combine (including weed seeds that are in the chaff), instead of being chopped and spread in the field to grow again, they end up on the tramlines – this is where the sheep are used to reduce the use of sprays.”

When the farm was purchasing the seven combine harvesters it owns, Shorten says the option was there to buy non-regulated engines, which would mean no after-treatment systems and no AdBlue (diesel exhaust fluid).

“We cannot do this in Ireland as we are on stage V emission regulations already; but the option is there in Australia.

“The farms run both the Scania trucks and CLAAS combine harvesters with full after-treatment systems with AdBlue. While cleaner for the environment, the fuel economy on these modern engines is also much more efficient.”

As it seems, the work is there to do, if there are people there to do it. According to Shorten, a lot of the dealerships and workshops depend on getting mechanics from overseas.

“The biggest issue being experienced in agriculture in Australia this year is staff shortage,” he continued.

A lot of German, Irish and UK guys who are highly-skilled come to work here usually but that’s been proven very difficult this year – even the drivers for machinery, it’s been difficult to get them as well.

Harvest 2020 will come and it will go. Shorten is not sure what will come next for him after his four months are up, especially with added uncertainty posed by the pandemic and the fallout of it.

“When I was working from home during the pandemic, I knew I didn’t want to go back working in England,” Shorten says.

“I hoped for a job in the company in Ireland maybe but if there wasn’t one, that wouldn’t have been enough to convince me to go back to the UK.

“I wanted to go back to Australia, I kept a good relationship with the farm here and I didn’t even want to delay coming because of Covid. After that…we’ll see what comes in the future, when it comes.” 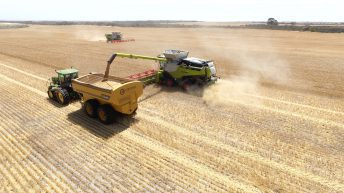 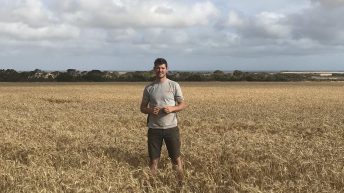