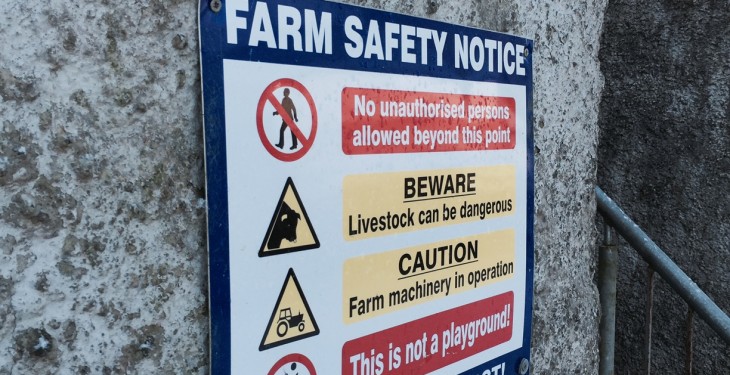 Last week I met an Irish dairy farmer who was recently heavily criticised by his advisor and discussion group colleagues for, in their words ‘spending too much money on hired labour’.

This farmer has 100 cows, farms to a very high standard and has a full-time hired labour unit. Apparently this is wrong – somebody, probably a 39-hour per week, pensioned public servant, has decided that Irish dairy farmers should be targeting to manage ‘140 cows per man’.

Later last week the grim news emerged that yet another dairy farming colleague had lost his life in the course of his work.

I would assume that our Minister for Agriculture and his advisory body have a duty of care towards their current and incoming milk suppliers, as they, the suppliers, strive – rightly or wrongly – to satisfy the Government’s goal of increasing our national milk output by 50%.

However, preaching dogma of ‘140 cows/man’ shows a flagrant disregard for farmer welfare.

I understand that this target has been computed from the New Zealand large herd model of 400-450 cows being managed by three full-time staff.

In this scenario each staff member has regular time off and regular start and finish hours to facilitate a life outside the farm gate. To compute therefore that this equates to 140/cows per man in an Irish context betrays an unfortunate lack of understanding of the dynamic of family farming in Ireland.

Many commentators suggest that our appalling farm safety statistics can be improved by better farmer education. As a busy dairy farmer, I find this nonsense particularly insulting.

The majority of farmers are deeply aware of the dangers around their farms. A lethal cocktail of stress, exhaustion, attention to detail, advice to increase output and to reduce hired labour all combine to impair their judgement of dangerous situations and reduce their reaction time when danger is imminent.

Any dairy farmer who claims not to have had a close encounter with serious injury or death is probably lying about farm safety issues.

Tossing ‘140 cows/man’ around as a performance indicator will only increase deaths on dairy farms. It highlights one of the main follies of our Harvest 2020 policy. That is, it is output driven, rather than farmer welfare driven. Everyone is aware of this, but very few will say it as it not ‘politically correct’ to hold such a view.

The stark facts are that farmers respond to financial penalty and stimuli. There are numerous examples of this. The over-subscribed Farm Safety grant being just the latest one.

Safety inspections ought to be stepped up in the interests of farmer’s and their families. Failure of such inspections should result in a significant percentage of Single Farm Payment being withheld.

This will be fully reimbursed once the farm safety issues are resolved within a reasonable time frame.

Each farmer’s attitude to hiring staff/specialised contractors and eliminating potentially dangerous situations also needs to be assessed as part of such a process.

The Government ought to then top up the Single Farm Payment of the now compliant farmer with a once off 10% bonus payment to help cover the cost of improving their safety.

Our current dairy expansion plans are set to create a labour, mental health and farm safety black hole on thousands of our dairy farms.

I observe that between 70 and 150 cows, most dairy farms are too busy for one person but can’t afford to pay for a second labour unit.

Depending on their age and debt levels, many farmers in this bracket are already hugely overworked. They often have little or no life outside the farm gate.

Ireland’s average dairy herd is now at 60 cows but being encouraged to increase by 50%. Draw your own conclusions as to the outcome with regard to stress, exhaustion and farm safety for our average dairy farmer over the coming years.

The farmer I spoke to last week told me bluntly that in 2012 he had a choice to make. Either employ full-time staff or, in his words, “forget about family and hobbies, farm in an exhausted and unsafe manner and spend his money on anti-depressant medication instead”.