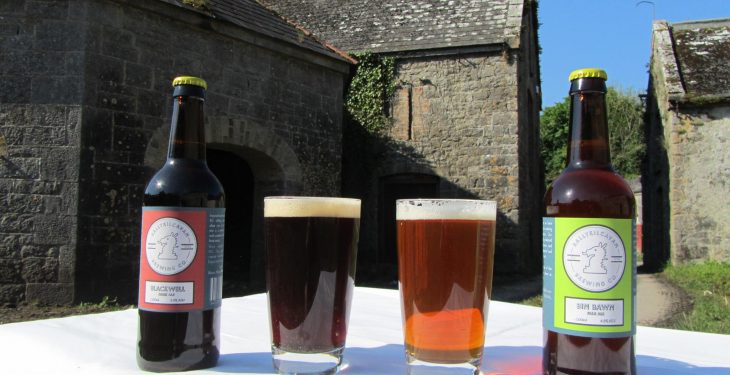 A farmer from Stradbally, Co. Laois, recently launched his own craft beer range under the Ballykilcavan label.

David Walsh-Kemmis said the launch went so well that the team was already running low on stock while the second batch was being prepared – but that was “a good problem to have”.

The final planning permission decision for the on-farm brewery is due in early August. “If that comes through, we expect to take about six months to get our funding in place, and then another six to 12 months of building, commissioning and getting HSE and Revenue clearance,” the brewer said.

If permission is granted, he expects to be brewing on the farm sometime between summer and Christmas 2018, with the cost of the brewery kit set at about €100,000 – with another €150,000 of building and renovation costs.

A relatively small brewery is envisaged – 10hl, which means that every batch of beer will comprise 1,000 litres. “We will start with brewing twice a week and then see what the demand is like before we expand.”

Walsh-Kemmis is currently brewing in the Lock 13 brewery in Sallins, using malt made exclusively from his 2016 barley crop, from the variety RGT Planet.

“Our base malt was malted by Minch in Athy and we have also had speciality malts made by a small craft maltster called Maltbox. They create 250kg batches, so it allows us to get lots of different styles of malt made from our barley.

We then combine these to make different styles of beer. At the minute, we have our pale ale on sale, but we will be releasing new recipes in the future.

“We spent a year of customer testing with our pale ale recipe. We have started testing new recipes on customers to see what will work best as our second release,” Walsh-Kemmis said.

The main testing points of the business, he said, are similar to farming. “They include dealing with red tape and keeping all the interested parties happy. To get our brewery open, we will have to satisfy building control, fire regulations, food safety regulations and Revenue.

“It can be a slow and frustrating process, but you can’t do anything until you get approval from them all,” he said.

The response to the launch has been highly encouraging. “We are only selling locally to the farm, and the support and goodwill from stockists and customers has been great.

“People really like the story of us growing all our own barley and setting up a tourist destination around the brewery.

The new craft drinks bill that has just been approved by Cabinet will be a big help to us in attracting visitors once the brewery and visitor centre are set up.

Meanwhile, Walsh-Kemmis has a couple of events coming up on the farm. On Saturday, July 29, the Laois Walks Festival is visiting the farm with a 7km walk around its fields and Natural Heritage Area woodlands. It leaves the farmyard at 2:30pm and all are welcome.

“As part of Heritage Week, we are doing a guided tour of the farm on Monday, August 21, at 9:30am. We will be looking at the 230-year-old stone courtyards; the champion black walnut tree of Ireland; the barley fields; woodlands; and an old lime kiln; and Victorian folly.  All are welcome and the event is free,” the brewer said. 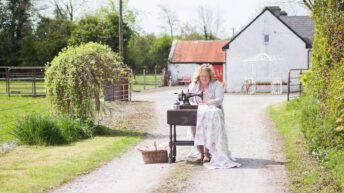