Storm Frank – where will it hit and how bad will it be? 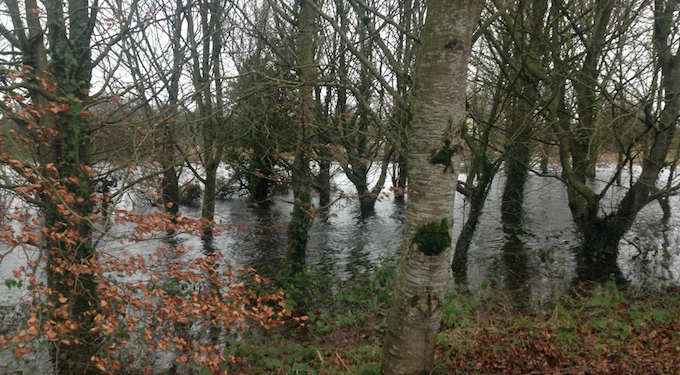 The latest weather warning from Met Eireann concerns Storm Frank, which is due to hit land along the west coast of Ireland this afternoon with strong to gale force southerly winds.

While it may be dry and bright outside at the moment, the west will be first to feel Storm Frank with heavy rain set to spread eastwards this afternoon and become widespread this evening.

Storm Frank will continue through the night, with Met Eireann predicting the widespread rain will turn heavy. It has issued a Status Orange rainfall warning for Wicklow, Galway, Cork, Kerry and Waterford has been issued from midday Tuesday until Wednesday midnight.

Southerly winds will be strong to gale force and gusty at first, but decrease fresh to strong in the western half of the country by morning, it says.

The rain from Storm Frank will continue to be heavy Wednesday morning will clear eastwards to heavy showers in the afternoon, some wintry and with the risk of hail or thunder, especially in the west and northwest.

The west coast is expected to see strong waves batter its shores and areas already affected by flooding will be worst hit. Up to 70mm of rain is expected in some areas.

The tail end of Storm Frank will see temperatures drop significantly on Wednesday night, after wintery showers. Frost is expected in areas.

Thursday will be a cold day but bright day with sunny spells and scattered showers, some heavy or of hail and turning wintry as top temperatures reach only 4 to 6 degrees.

Met Eireann is predicting that by Thursday night showers will gradually die out and it will become mostly dry with good clear spells.