‘Spring lambs making €100 over the weight this week’ 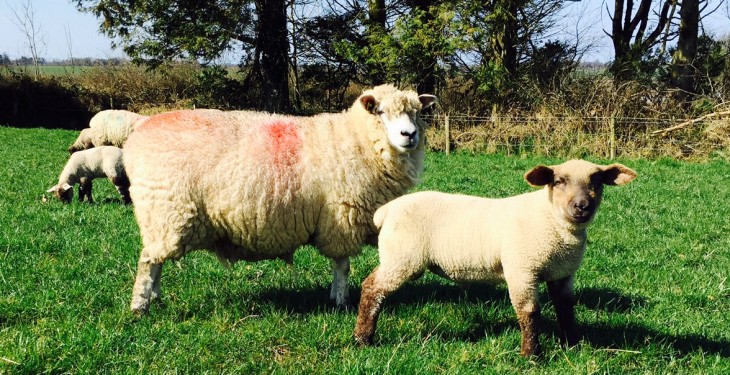 Spring lambs are making €100 over the weight, according to the IFA’s latest lamb price update.

According to Bord Bia, the sheep trade saw a further lift last week with demand increasing due to Easter.

However, it says a mixed trade was reported across our key export markets.

It says last week base quotes for hoggets were making between €5.70/kg and €5.80/kg with selected lots achieving higher prices. 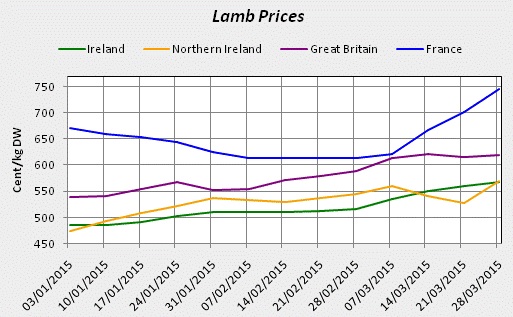 Supplies at sheep export meat plants for the week ending March 28 stood at around 47,000 head which was significantly higher than the corresponding week in 2014.

Cumulative supplies for the year to date are currently 1% above year previous levels standing at around 483,000 head. 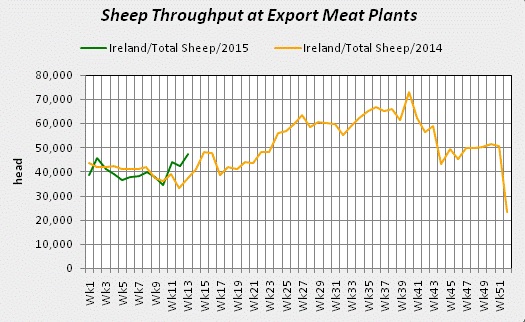 According to the LMC, quotes from Northern Irish plants last week for R3 grade hoggets were 400-410p/kg to 22kg with similar quotes expected for early this week.

Quotes for the small number of spring lambs slaughtered ranged from 450-460p/kg up to 21kg.

The LMC says there was a strong uplift in throughput last week with a total of 6,335 lambs/hoggets slaughtered in Northern plants. It says this was the highest weekly throughput since mid-January 2015.

A further 6,529 hoggets and 86 spring lambs were exported to ROI for direct slaughter last week, according to the LMC.

In Britain, Bord Bia says little change in the trade has been reported.

The SQQ live price for lambs in England and Wales was making the equivalent of around €6.05/kg dw towards the end of the week.

In France, Bord Bia says a sluggish trade was reported due to reduced consumption. The price for Grade 1 Irish lamb was making €6.04kg (DW incl VAT) towards the end of the week. Promotions are taking place mainly on shoulders, legs and steaks.